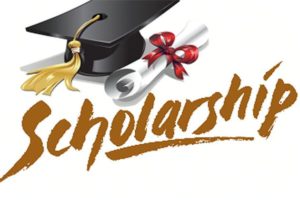 The Russian government has increased its scholarship slots to Ghanaian students from 75 to 110 with effect from November 2022.

All students, who will qualify for the scholarship will be allowed to pursue Medicine and Engineering courses in Russian Universities.

Mr Dmitry Suslov, the Russian Ambassador to Ghana, made the announcement when he paid a courtesy call on the Minister for Education, Dr Yaw Osei Adutwum in Accra.

The visit was used to discuss issues relating to the development of education in the two countries.

He assured the country of Russia’s preparedness to support the country in its bid to use education to transform the nation’s economy.

He mentioned plans to increase the number of centres for the teaching and learning of the Russian language in the country to increase access to the language.

The Russian Ambassador said increasing the number of centres for the study of the language in Ghana would pave way for many Ghanaians to travel to Russia to undertake various activities, which would go a long way to improve the socio-economic development of the country.

The Ambassador said, increasing access to the Russian language in Ghana would prevent the current situation whereby Ghanaian students spend their first year in Russia learning the language before starting their course of study in the second year.

Dr Adutwum, lauded the Russian government for the support, which would go a long way to boost the bilateral relations between the two countries.

He pledged the country’s readiness to collaborate with Russia to promote the development of the two nations.

‘The water is not good at all’