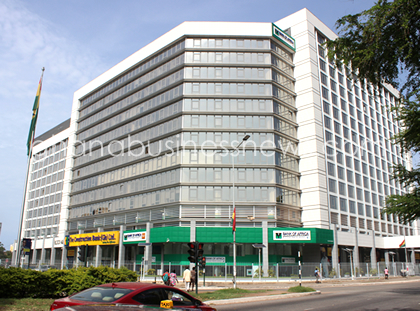 In the early 2000s, the government of the day touted the ‘private sector as the engine of growth’, and stressed the importance of that sector leading the charge for Ghana’s economic transformation. But over time, the private sector has continued to struggle to find its feet and to make the expected meaningful economic impact, despite its enormous contribution to the country’s economy – providing about 80 per cent in employment.

While Ghana’s overall economy has been dipping and stuck in high levels of debt with dim outlooks, the S&P Global Purchasing Managers’ Index (PMI) released today and copied to Ghana Business News says business conditions in the country’s private sector has deteriorated sharply in August as pressures continued and weighed on demand.

According to S&P, PMI data are compiled by IHS Markit for more than 40 economies worldwide, and the monthly data are derived from surveys of senior executives at private sector companies and the PMI dataset features a headline number, which indicates the overall health of an economy, and sub-indices, which provide insights into other key economic drivers such as GDP, inflation, exports, capacity utilization, employment and inventories.

The Index notes that output and new orders fell at sharp and accelerated rates while headcounts were cut for the second month in a row. Subsequently, firms moderated their output expectations for the year ahead. At the same time, vendor performance improved to the greatest extent in the survey’s history.

“On the price front, overall input price inflation quickened to a near eight-year high amid unfavourable dollar-cedi exchange rate movements and rising fuel costs. In turn, output prices increased at the sharpest pace on record,” it said.

The Index posted below the neutral value of 50.0 for the seventh month in succession indicating a deterioration in business conditions. At 45.9 in August, down from 48.8 in July, the latest decline quickened from that seen in the previous survey period to the sharpest in 28 months.

Output fell for the eighth month in succession in August, with the rate of decline quickening to the fastest in three months. Firms blamed the fall on the weak demand environment.

Commenting, Shreeya Patel, Economist at S&P Global Market Intelligence, said: “August PMI data for Ghana signalled another deterioration in business conditions as price pressures intensified and led to subdued demand conditions. Output and new orders fell at sharp and accelerated rates which in turn led firms to cut their staffing levels for the second month running,” Patel said, adding: “The largest threat to the Ghanaian economy is no doubt sharply rising prices which have remained high over the last year-and-a-half. Inflation hit 31.7 per cent in July, with rates expected to remain elevated for at least the duration of the year. In a bid to combat inflation, The Bank of Ghana raised interest rates once again, a tactic adopted by many central banks across the globe during the third quarter. Interest rates now stand at 22 per cent in Ghana.  Firms registered a moderation in sentiment in August but hope that difficulties start to ease sooner rather than later.”

The PMI states that a similar trend was seen with regards to new orders, which declined for the sixth month running and at an accelerated pace. In fact, new orders fell at the fourth-quickest rate in the survey’s history, it added.

It also indicates that weak consumer demand fed through to hiring decisions with Ghanaian firms cutting their headcounts for the second month running in August. The rate of decline was quicker than that seen in the previous survey period but modest overall.

It said, sustained reductions in output and new orders led to spare capacity at Ghanaian firms. Outstanding business has now fallen in each month since the start of the year, with the rate of decline the quickest since March. Firms indicated that they had sufficient capacity to work through their existing orders.

The PMI survey also shows that vendors sped-up their deliveries midway through the third quarter. In fact, lead times shortened to the greatest extent in the survey’s history. There were also reports that suppliers sought to improve customer satisfaction.

“Subdued demand conditions led Ghanaian firms to cut back on their buying activity in August. Quantity of purchases fell for the fourth month in a row, albeit only modestly. Ghanaian firms also reduced their inventories in August, a trend observed in each of the last nine months. Moreover, the rate of destocking was the quickest for 20 months and greater than the average seen for 2022 so far. Overall input price inflation quickened to a near eight-year high in August amid higher purchase and staff costs. Firms indicated that rising fuel prices and unfavourable exchange movements exerted upward pressures on costs,” it said noting that with input costs increasing, firms chose to pass the burden on to clients. In fact, output price inflation quickened to the highest since the series began in January 2014. Unfavourable cedi-dollar exchange rate movements were overwhelmingly linked to the increase.

Sentiment regarding output in the year ahead remained positive, but eased to a five-month low. The degree of optimism was weaker than the long-run series average amid concerns over the economy, interest rate hikes and high inflation, the Index stated.

How Ghana government stopped sale of Vodafone to Telecel