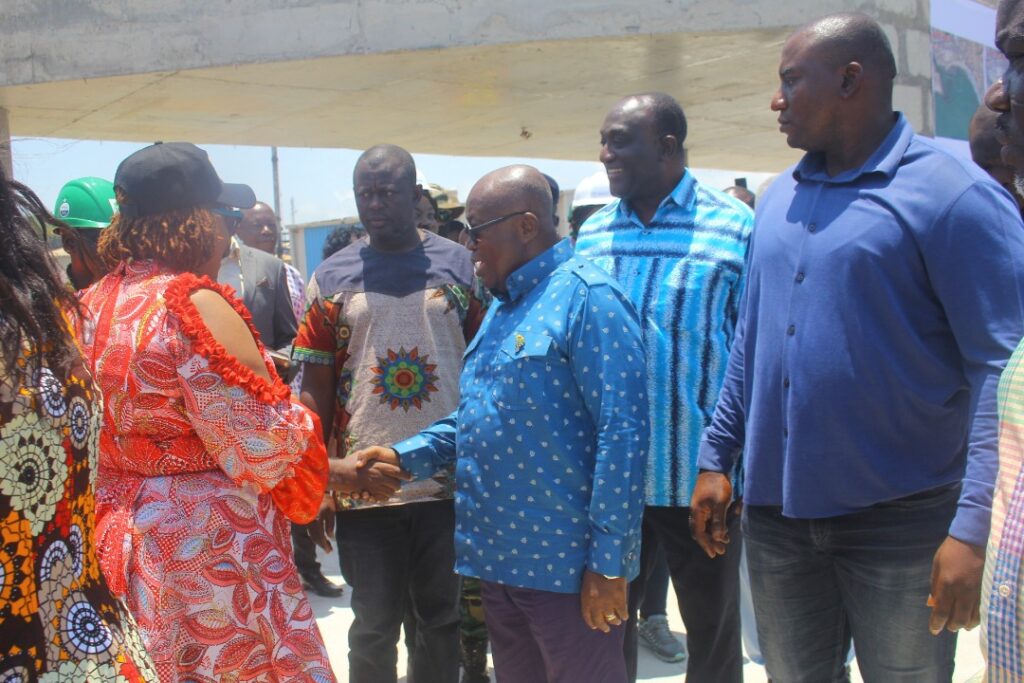 President Nana Addo-Dankwa Akufo-Addo has inspected the €85-million Elmina Fishing Port rehabilitation and expansion project to ascertain the progress of work, as part of his two-day working visit to the Central Region.

The 30-month project, which commenced on August 1, 2020, is 90.5 per cent complete to provide docking space and deep marine access to ensure the durability and sustainability of the harbour.

The fishing port is also expected to cement Elmina’s position in the fishing and salt industries and enhance its tourism potential to boost the local economy.

The project is being executed by Bellsea Limited with the International Marine and Dredging Consultants (IMDC) being the consulting engineers. 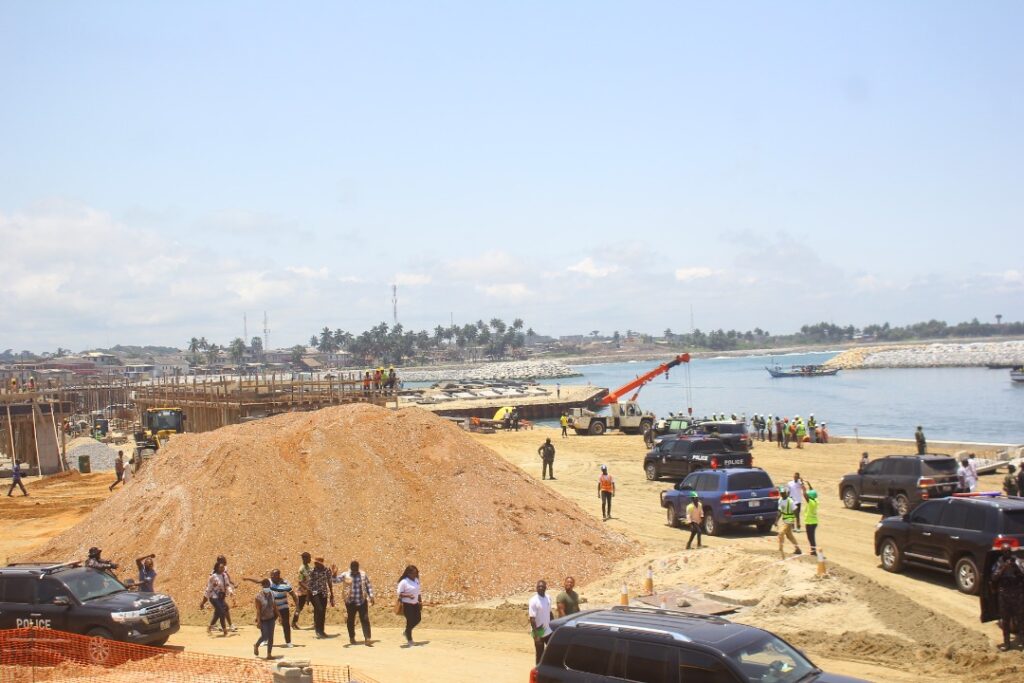 Mr Wim Van Hoof, the contractor, who briefed the President and his entourage during the inspection on Saturday, said major construction works had been completed, ahead of the scheduled January 2023 completion date.

The marine and civil works included the construction of breakwaters, a new quay wall with total length of 400 meters, access roads, an administration building, and dredging.

“The ongoing construction of breakwaters, quay walls, civil buildings together with the dredging and reclamation works of the new port basin will guarantee the sustainable revitalisation of the town and the long-term development of the port,” he said.

The port had also been designed to have a fish market, fish mending and auction hall, a workshop building, ablution facility, toilets, a day-care centre, and a school, Mr Hoof said.

President Akufo-Addo expressed satisfaction with the quality and progress of work and urged the contractors to ensure its timely completion.

Earlier, the President visited the Chief of Elmina, Nana Kodwo Conduah VI, at his palace where he promised to commission the fishing port by next year.

Nana Conduah said the lack of a fishing harbour was the major challenge of the city, and commended the President for keeping his promise to meet their needs.

He observed that the project had created job opportunities for majority of residents, boosting the local economy in the process.

“The entire Elmina, Central Region and Ghana say thank you for this monumental project,” he said, while commending Mr Kwaku Ofori Asiamah, the Transport Minister, for the supervisory work and leadership.

Nana Condua, however, decried the deplorable state of some bridges and roads in and around Elmina and appealed to the Government to ensure they were rehabilitated.

He made a strong case for the creation of a standalone Elmina District from the Komenda-Edina-Eguafo-Abrem Municipality, citing a quantum increase in the population.

He appealed for the expansion of the Elmina Polyclinic into a hospital, announcing that he had made a vast area of land available for that purpose, as well as a replacement of the 15-year-old Edinaman Senior High School bus.

In response, President Akufo-Addo said the request for a new district was valid and promised to act on it.

He also gave his word on the expansion of the clinic into a hospital and a new bus for the school.

Accra Technical University has no legal title to Kinbu Campus