How Ghana government stopped sale of Vodafone to Telecel 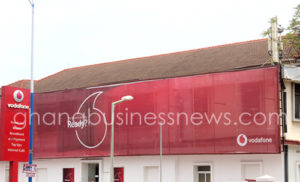 The cat is now out of box – Vodafone Group has agreed to sell its 70 per cent stake in Ghana to Telecel Group, but the government of Ghana, which holds 30 per cent in the company is blocking the sale, Techgh24 has learnt.

Months ago, Techgh24 got the information from not one, not two, but three very reliable and highly placed sources that Telecel had struck a deal with the Vodafone Group, and the latter had agreed because the Ghana operation had not been profitable for several years and the group had stopped investing in it.

Vodafone Ghana is currently the number two biggest player in the mobile voice (18.26 per cent) and mobile money space, but number three (12.71 per cent) on mobile data and number one on both fixed voice (97.1 per cent) and fixed data (64.4 per cent). So, the prospects are good. But for many years now it has remained one of the unprofitable telecoms providers in Ghana. At some point, Vodafone Ghana became nothing more than a cash cow for the group. The Group stopped investing in Ghana but Vodafone Ghana kept shipping money to the group as a way for the group to recoup some of the $900 million it paid for the company and several other millions of dollars it invested.

In 2018, for instance, the Ghana Revenue Authority (GRA) fingered Vodafone Ghana for transferring huge sums of money (at least GH¢2.1 billion between 2012 and 2016) while declaring no profits in Ghana, and therefore not paying corporate taxes for six years. The company was therefore compelled to pay up to GH¢160 million taxes on those transfers to the group.

Meanwhile, the current Vodafone Group CEO, Nick Read, as reported by Bloomberg, tried to sell the Ghana operation to its sub-Saharan subsidiary, Vodacom Group as part of consolidation moves, but the deal fell through. And Commsupdate also reported that Vodacom South Africa has since April 2020 been managing Vodafone Ghana on behalf of the group.

Telecel, according to sources, had put together a group of local (Ghanaian) experts and given Vodafone a convincing proposal for the purchase. But the government of Ghana, led by the Communications Minister, Ursula Owusu-Ekuful refused to allow Telecel to purchase the majority shares.

Government had other plans

Techgh24 gathered that the Minister gave indications that the government was expecting Vodafone to walk away like AirtelTigo did, and hand over its assets to government for nothing, so that government would do with the company what it wishes. As reported earlier by Techgh24, she has a duopoly on her mind.

But Vodafone Group has given every indication that it is not interested in walking away like the Minister wanted, but rather prefers to sell to a properly constituted entity with a clear plan and vision to make the company work. Indeed, Vodafone also wants to cut its losses.

It has been many months since the proposal was laid before the Minister, but she has refused to offer any response, except to rather engage in other moves towards taking over Vodafone and merging it with AirtelTigo and Glo to create one entity, in a bid to realize her duopoly mission.

Since the Vodafone-Telecel deal got to the attention of the government, what has rather happened is that another consortium has been created to work towards taking over the assets of Vodafone Ghana at the next renewal of telecom licenses, when the Vodafone Group would most likely not show up for renewal.

According to information reaching Techgh24, the consortium includes representatives of the Founder and CEO of Nigeria’s GloMobile, Dr. Mike Adenuga, whose Glo Ghana is currently a shadow of its true self on the Ghanaian market.

It may have come as a surprise to many Ghanaians how Glo Ghana recently migrated all of their  800,000 customers to the AirtelTigo network, in a move the company described as a “national roaming” deal.

But persons very close to the matter told Techgh24 on grounds of anonymity that “ignore that national roaming thing – it is a merger and as I speak with you now the technical merger is ongoing.”

The sources also stated that the ultimate plan is to add Vodafone Ghana to the AirtelTigo-Glo merger and create one formidable entity to compete with the overwhelming market leader, MTN, confirming that at the next renewal of telecom licenses, Vodafone will be out of the picture and that will clear the way for the grand merger to happen.

That explains why the Vodafone Group decided to leak information about its deal with Telecel to Bloomberg, as it were, to make it public ahead of the renewal of licenses next year.

But the twist to this whole move, according to the source, is that government will hold 51 per cent of the new entity to be formed, just to create the impression that the state holds majority shares, while Mike Adenuga and the rest would hold the remaining 49 per cent on his own behalf and on behalf of some very top persons with vested interest.

Indeed, a few months back, prior to Glo Ghana customers being migrated to AirtelTigo, Mike Adenuga was in Ghana to meet with very top government officials (names withheld), and from what Techgh24 gathered, “he left the meeting with smiles” but never said anything to the staff and management of Glo Ghana.

One insider told Techgh24 that “when you see chairman (Adenuga) smiling like that it means he has struck a good deal – so I am sure that the migration of Glo customers to AirtelTigo is in his interest and that is why he did it with smiles.”

So as of today, the Ghanaian experts who constituted themselves into the subsidiary of Telecel in Ghana and got a deal with the Vodafone Group, are still in a limbo and do not know what the Minister intends to do with their proposal to purchase the company.

There may however be more to the issue. Techgh24 will keep monitoring and bringing you the details as they unfold.