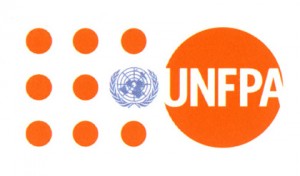 The United Nations Population Fund (UNFPA) has encouraged families and individuals to make wills to legally declare their wishes on how to dispose their properties after their demise.

Madam Efua Brown Eyeson, a Legal Practitioner, speaking on the Intestate Succession Law (PNDCL 111, said if a person did not make a will before passing on, then it became a responsibility on the part of the State to manage his or her estate.

This is expected to reduce the development of conflicts over distribution of properties among family members.
“A deceased’s property is divided into 16 when he didn’t make a will, and three is given to the wife, nine to the children, two to his or her parents and the other two to the family. If there are no children, the spouse take half and the family takes half.”

Madam Eyeson gave the advice on Wednesday at a workshop in Accra organised by the UNFPA in collaboration with the Ministry of Gender, Children and Social Protection, to train market men and women as paralegals.

The paralegals were to assist traders and individuals within their communities with directives and support to consult the right channels for legal, psychosocial and physical support regarding varied encounters like domestic violence, inheritance, gender and sexual based violence, marriages, forced marriages, and incest.

Participants were from the Kaneshie, Teshie, Dome and Nima markets.

Mrs Eyeson cautioned women to ensure that they were legally married to prevent such pressing problems. “Until a man makes a will, women who stayed with him for ten or twenty years without being legally married will not be recognised by the law as spouses and will not be part of the intestate succession,” she explained.

Mrs Melody Darkey, another Legal Practitioner, speaking about what a Ghanaian child deserved, said he or she had the right to take part in a social activity, express an opinion, not to be forced into marriage, to be protected from torture, degrading and inhuman treatment whether with or without a disability.

She cautioned parents to desist from pushing their daughters into marriages because they were impregnated, as that could be more detrimental to their lives.

No matter the circumstance and whether there was a separation in marriage or not, Mrs Darkey said, it was the responsibility of the parents to take care of their children to safeguard their lives.

Speaking about the Children’s Act, she said parents were obliged to provide basic support like balanced diet to their children and realise their rights to maintenance, shelter, clothing and protection from harm.