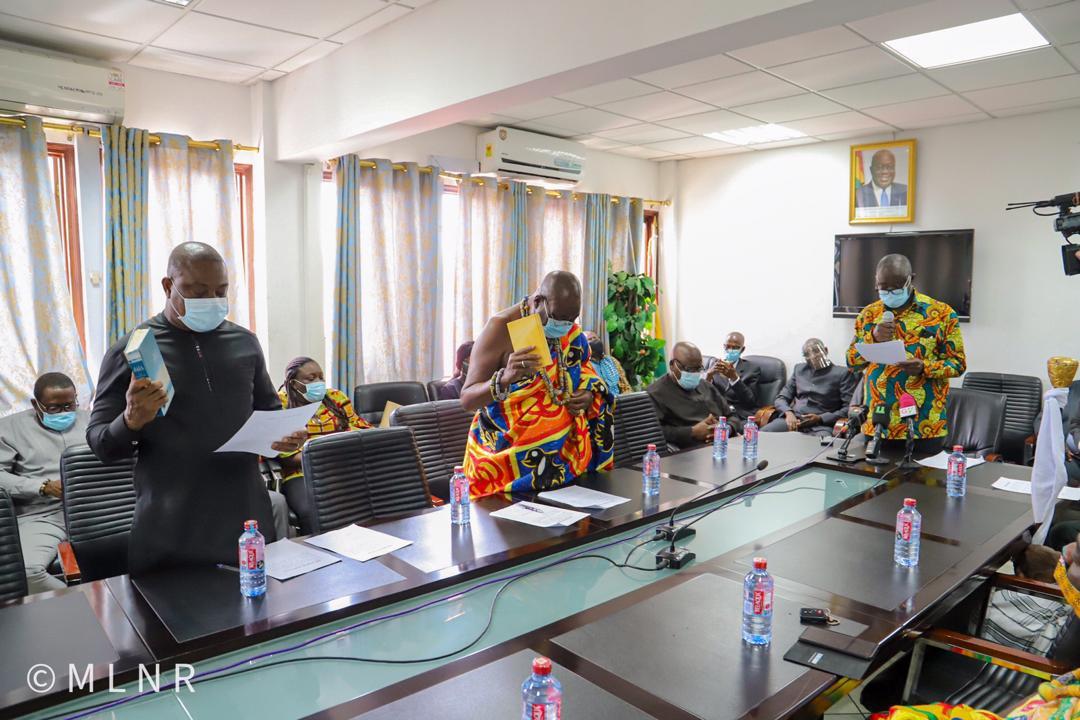 Mr Allotey was in acting capacity until his confirmation as the substantive CEO and served as the Deputy CEO of the Commission.

At a brief ceremony at the Ministry in Accra, Mr Asomah-Cheremeh charged the two personalities to be bold, forthright and work assiduously to propel the Commission to a higher level.

He administered the Oaths of Office, Secrecy and Allegiance to the two gentlemen.

The Minister urged them to continue the good works of the former CEO and execute the mandate of the Commission.

Mr Allotey, in his acceptance remarks, expressed gratitude to the President for the honour and pledged to work closely with all the stakeholders to achieve the vision and mission of the Commission.

Togbega Atakora, on his part, expressed appreciation to the President for the honour done him.

He commended the former Minister of Lands and Natural Resources and current Energy Minister, Mr John-Peter Amewu, for the good works done at the Hohoe Municipality of the Volta Region during his tenure as the Municipal Chief Executive.

We will investigate PDS and Agyapa deals – Mahama