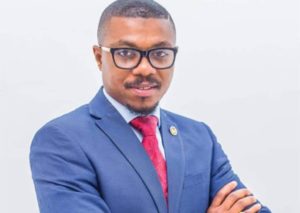 Delegates and sympathizers of Dr Armah besieged the Party office at Kwesimintsim on Saturday to share their excitement, expressing disappointment about the level of development in the area under the leadership of the incumbent, while accusing him of neglecting the Party and bringing divisions into the ranks and file of the Party in the Constituency.

Mr. Joe Mensah is a member of the Institute of Logistics and Transport and a Council Member of the Takoradi Technical University (TTU). He held various positions like Accounts Supervisor, Training Officer, Training Manager, Human Resource Manager and Operations Manager at the Ghana Ports and Harbours Authority (GPHA) before becoming the MP.

Dr. Prince Hamid Armah is a Lecturer and an education and research consultant with teaching, research and policy engagement experiences in both the United Kingdom and Ghana contexts for over 18 years and currently the Executive Secretary of the National Council for Curriculum and Assessment (NaCCA), having been appointed by President Akufo-Addo.

Prior to his victory, he has been providing support for the Party sympathizers in the Constituency and recently introduced a life insurance scheme for all polling station executives of the Party.

He has expertise in quantitative methods and data analysis, having been trained at the Doctoral Training Centres (DTCs) of the Universities of Nottingham, Edinburgh and Manchester, with funding from the Economic and Social Research Council of the United Kingdom, where he specialized in applying quantitative methods to the examination of issues in curriculum standard setting and maintenance, and the design and awarding of national curriculum tests.

He played an important role in the introduction of the double track system to complement the Free Senior High School Policy introduced by the Nana Akufo-Addo Government.

Dr Armah is a member of the Technical Team of the Ministry of Education leading the development and finalization of Ghana’s Education Strategic Plan (ESP) 2018-2030 and associated Medium-Term Development Plan 2018-2021.

He has consulted for several funded projects of national and international organizations including The World Bank, USAID, UKAID/DFID, UN Education Commission, Ministry of Education/Ghana Education Service, the National Council for Curriculum and Assessment, the National Teaching Council and Colleges of Education, etc. contributing to national development in various ways particularly in the area of human capital development.

He has been widely published in the Ghanaian and international media for his insightful policy suggestions and opinions for improving Ghana’s education system, and has over 40 written publications including policy documents, reports, speeches, peer and non-peer reviewed papers on a range of educational issues in Ghana.

He is a member of several international organisations including the General Teaching Council for Scotland (GTCS), British Society for Research into Learning Mathematics (BSRLM) UK, the Education Institute of Scotland (EIS) UK, and the Applied Quantitative Methods Network (AQMEN) UK.

Dr. Armah is a PhD holder in Mathematics Education from the University of Aberdeen, UK, with specialization in Curriculum, Pedagogy and Educational Policy and an ardent believer in the liberal democratic political tradition with an enviable record in political leadership, grassroots mobilization and party administration having served the Party within the Sekondi-Takoradi area.

The Electoral Commission has registered 4.4 million applicants at the close of the second phase …