The assurance followed requests from Togbe Dorglo Anumah VI, Paramount Chief and President of Avenor Traditional Council and Mr Leo-Nelson Adzidogah, Akatsi South District Chief Executive for the President to upgrade the District, which was celebrating its 30th anniversary.

The President said checks from the Minister of Local Government and Rural Development indicated that the District qualified and could be graduated into a municipality, saying, the request would be considered.

He commended the Akatsi South District for the feat and charged it to take advantage of government’s programmes and policies to open the area for growth.

President Akufo-Addo asked the District to be innovative and use the national identification and the digital addressing system to increase internally generated funds.

He said government was deepening governance at the local level and asked the people to vote yellow for the yes vote at the December 17th referendum.

Togbe Anumah earlier commended the President for making the area, a traditional council and described him as a promise keeper.

He said the traditional area had oil and asked government to explore the potential whilst appealing for potable water and the fixing of roads in the District.

The DCE said the Assembly enhanced the lots of the people through the implementation of government’s programmes and policies.

The 30th anniversary celebration is to take stock of the developmental achievements and setbacks of the Assembly since its inception, honour key performing personalities and chart a path for better future for the District.

It was on the theme, “Consolidating the gains of local governance through unity of purpose and visionary leadership.” 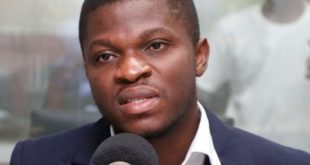