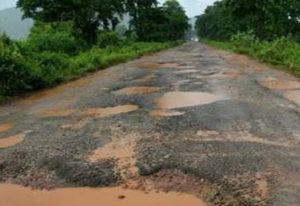 He said this makes production and the movement of goods and services expensive, thereby, causing irregular migration and denying the skilled professional from giving their services in the health, education, business and manufacturing sectors.

Major Don-Chebe said this when he addressed a press conference organized by the NDF in Accra.

The press conference was in response to the citizens’ demand for evidence to be provided regarding efforts being made to address the Northern Ghana Development Agenda.

He said: “except the Tamale-Paga road, all other roads leading to the regional capitals and district capitals of the northern regions are in terrible shape undermining regional integration.”

“Sixty-one years after independence, there are still two regions in Ghana, between the Upper West and Upper East, the Northern and Volta Regions, which are not linked to their neighbouring regions by tarred roads and they are both in the North of Ghana,” he said.

Major Don-Chebe said the NDF believed that the infrastructure budget of the country should be managed in a manner that ensured that basic infrastructure such as roads, hospitals, schools and electricity were distributed fairly across the country to ensure equitable development.

This he said was a norm, which President Nana Addo Dankwa Akufo-Addo had enunciated in his vision of a Ghana Beyond Aid, adding that, the provision of infrastructure was vital for the growth of Northern Ghana.

He appealed to development partners to increase, re-channel and coordinate their development assistance to the three northern regions to build the infrastructure to unlock the development potentials of Northern Ghana.

He said poor people were compelled to pay 25 per cent more for physical infrastructure in Ghana and that this situation was unattainable and should be corrected.

“The State has used policy to ensure that some items such petrol and beer are sold at the same price throughout Ghana irrespective of the distance and appeal to the Government to use the same Gross Subsidy Policy intervention to ensure that prices of building materials are same throughout the country.

He appealed to the Government, development partners, civil society organisations, Parliament and Political Parties to do objective analysis and create avenues to dialogue on the needs to bridge the development gap between the south and the north.

Major Don-Chebe said the NDF was passionate to ensuring that the actualization of the vision of a Ghana Beyond Aid was achieved, adding that, “it is in the interest of Ghana that no part of Ghana is left behind in terms of development.”