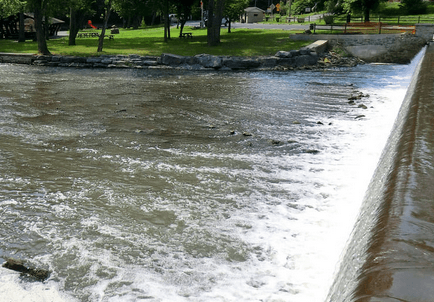 The Northern Development Forum (NDF) on Tuesday appeal to government to accelerate all processes towards the construction of the Pwalugu Multi-Purpose Dam (PMD).

The NDF said the PMD project which has been on the drawing board since 1964 when constructed into a muti purpose dam would address flooding during the rainy season and the needless loss of lives and property.

“It would help in reduction of poverty in Northern Ghana as was recently revealed by the Ghana Living Standards Survey, number 7 of 2018,” Major Albert Don-Chebe (Rtd), NDF Chairman stated at a press conference in Accra.

He said poverty was increasing in Northern Ghana leading to the widening of the development gap between the north and the south.

“The Upper West Region is the highest in the country at 71 per cent and 67 per cent of all the extreme poor in Ghana are in the three Northern Regions,” he said.

He said experts have identified water conservation, harnessing of flood waters and groundwater for irrigation and as the key to unleashing the immense agricultural potentials of the Northern Savannah.

Major Don-Chebe noted that this would translate into food security for all Ghanaians, reduced imports, enhanced incomes for all, stop the migration of Northern youth to the South, the social and security challenges and the development of agri-businesses.

He said the above will lead to the transformation of Northern Ghana from a perceived inconvenient weight on the shoulders of Ghana to a valued contributor to the accelerated advancement of our country.

“The NDF welcome the promise by the Government to build the PMD,” he said.

“We also appeal to Government to announce the roadmap that would ensure that the project is finally off the shelves”.

The Chairman of the NDF said, the forum has identified the Perennial Flooding in Northern Ghana, the Deplorable State of Infrastructure and the Exorbitant Prices of building materials as some of the critical barriers to reducing poverty and transforming the economy of Northern Ghana.

He said the NDF was founded as a response to the devastating flooding in Northern Ghana in 2007 which resulted in the deaths of about 22 people, the destruction of 11,000 homes and the inundation of 70,500 hectors of farmlands that led to the loss of 144,000 tons of crops.

“In 2010, another flood disaster led to the loss of five persons in the Northern Region alone, 48,000 people displaced, 2,400 houses damaged and 8,000 hectares of farmland inundated.

“This year the losses are still being tabulated but we are aware of the deaths of at least 34 persons, thousands of hectares of farmlands, including matured rice and maize farms inundated and destroyed,” he said.

Major Don-Chebe said this situation was very disturbing in view of the fact that poverty was declining in some parts of Ghana whiles increasing in Northern Ghana.

He said the NDF believes that the increase in poverty and underdevelopment in Northern Ghana coupled with the deplorable state of infrastructure, has accounted significantly for the low levels of private investments and limited productive capacity in the area.

The NDF Chairman said the exorbitant cost of infrastructural inputs such as cement and iron rods in Northern Ghana were also a major problem.

The NDF is a non-partisan advocacy group founded in 2007 during the devastating floods that affected Northern Ghana.