GRA warns against importation of rice through inland borders

September 21, 2018 General News Comments Off on GRA warns against importation of rice through inland borders 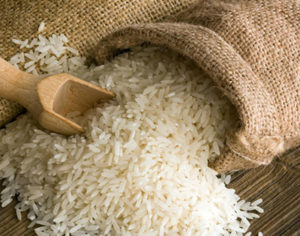 Mr Frank Lawson, an Officer of Customs Division of the Ghana Revenue Authority (GRA), has warned importers to stop importing rice from neighbouring countries through inland borders, particularly in the northern parts of the country.

He said the GRA would move to enforce a directive banning rice importation through inland borders in the north because many dealers evade tax.

Mr Lawson said this during the 3rd quarter of 2018 tax education seminar organized by GRA in the Upper West Regional capital, Wa.

It was held to enlighten Ghanaians on the need to pay tax in order to facilitate development.

Mr Lawson said 50 per cent taxes were being applied on commodities such as alcoholic beverages and cigarettes in order to discourage their importation due to the health hazards associated with such commodities.

However, he said, in the case of rice, “it is prohibited and when you try, your product would be seized totally from you”.

He said GRA was only enforcing a directive by policymakers and advised those who have concerns over the matter to table it before their representatives in Parliament.

Participants at the event backed the statement saying it is a move in the right direction and appropriate.

Mr Imoro Alhassan Anas, a participant, said: “Our farmers are equally good and are even doing better than farmers in other countries and so the ban on importation of rice would empower and motivate the local farmers to expand their production and employ other people”.

He urged custom officials to monitor the borders critically in order to ensure that no individual or groups importing rice from the inland borders got away with it.

Mr Anas said: “How can Ghana import rice from Burkina Faso when we are singing the song of Ghana Beyond Aid”.

“Our farmers deserve better and should not be discouraged since imported rice creates an impression that our local products are inferior,” he said.