September 17, 2018 General News Comments Off on Standard & Poor’s rates Ghana B with a stable outlook after almost a decade 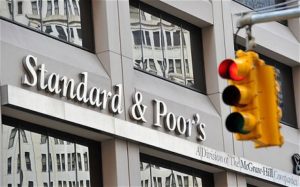 Ghana’s credit rating has been upgraded from a B- to a B by Standard and Poor’s (S&P), following their recent assessment of the country, and has given Ghana a stable outlook, for the first time in almost a decade.

A statement issued by the Ministry of Finance said the upgrade had come about as a result of strong efforts in monetary and fiscal policies.

Mr. Ken Ofori-Atta, Minister for Finance, congratulated the management of the Ministry and its agencies, adding: “…Going forward, investors are upbeat about the progress. We need to sustain the progress made so far and not derail in our efforts.”

The statement said sovereign credit ratings were a key evaluation principle for a country’s economic and political environment, which gives investors insight into the level of risk associated with investing in a particular country and has implications sourcing for cheaper funds on the international capital market; commitment to transparency in political and economic development; and for the possibility of increased foreign direct investment.

S&P noted that the upgrade reflected its assessment that Ghana’s monetary effectiveness had improved, albeit from a low base, and will support the credibility of the inflation-targeting framework over the period, adding that “the stable outlook balances Ghana’s fairly robust growth prospects, decreasing inflation, and narrower current account deficits against risks from still-high budget deficits and high stock of public sector debt”.

The statement said efforts to achieve this upgrade had been futile for almost a decade as economic downturns and volatility in outcomes had persisted for some time, while public debt dynamics increased consistently since 2006.

S&P has been rating Ghana since 2003. At the time, Ghana achieved a B+ with a stable outlook. Ghana maintained this rating bill till December 2008 when Ghana’s stable outlook was revised downward to a negative position.