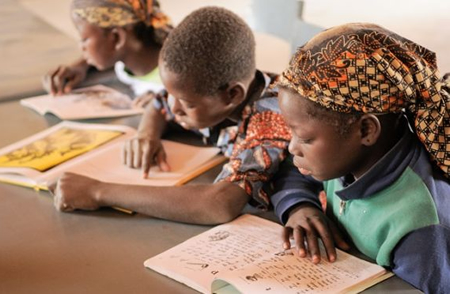 Mrs Cecelia Amankwah, Country Director of Engage Now Africa (ENA), a Non-Governmental Organisation has called on stakeholders to work towards balancing the nation’s gender literacy rate, which currently varied by some ten per cent.

Recent data places Ghana’s literacy rate at 76.6 per cent, with 82.0, and 71.4 per cent in its male and female populations respectively.

The Head of the NGO which currently has 7,890 learners under its adult literacy programme told a durbar held in Ho to mark International Literacy Day that the gender disparity in literacy was a wakeup call to stakeholders.

“We cannot celebrate until the male and female education gap has been bridged and equal opportunities offered to all. Therefore we crave your indulgence as institutions into literacy and as Government regulators to commit to the promotion of quality life-long learning opportunities for all”, she noted.

The celebration was on the theme “Literacy and Skills Development”, and attracted learners from all over the country, with some demonstrating literate prowess.

Mrs Amankwah said ENA sought to clear barriers of marginalisation and access inequalities, in recognition of the relevance of gender equality to quality education.

Brooding under the wings of UNESCO, ENA has been in the country since 2006, running literacy programmes in eight regions, and endeavours to keep the women ratio of its learner population higher.

Madam Amankwah said the Organisation focused on equalising the learning curve among its participants by promoting equal class participation, and was also working to extend the programme to the remaining two regions.

She commended Government’s Free SHS programme, saying it would offer school dropouts the opportunity to further their education, and asked that NGOs be supported in offering skill training programmes to beneficiaries.

ENA has so far graduated a total 1,470 learners, and enrolled most of the number on its skills training programme.

The Organisation has been operational in Africa for the past 17 years offering humanitarian assistance to thousands of people.

It has partnered Forever Young and Pencils of Promise to provide school infrastructure, toilet facilities, and boreholes to many deprived communities across the continent.

The United Nations in 1966 declared September 08, the International Literacy Day to pinpoint literacy as an important component of individual and national development.