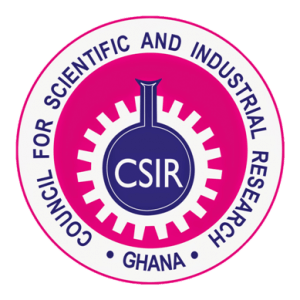 The facility is designed to help to address the scarcity of yam seeds to farmers as well as the long cropping cycle and low multiplication ratio of yams.

The facility was commissioned on Monday in Nyankpala with support from the International Institute for Tropical Africa (IITA), Bill and Melinda Gates Foundation and funded under the Yam Improvement for Income and Food Security in West Africa (YIIFSWA-II).

Dr Stephen K. Nutsugah, Director of CSIR-SARI said the aeroponic facility was the best facility in the north with a new technology designed to produce enough improved yam seeds at both the breeder seed level and the foundation seed level.

He said the improved yam seeds would boost yam production and go a long way to attract a lot of foreign exchange into the country and said the main objective of CSIR-SARI and YIIFSWA-II was to use the facility to provide foundation seed yam to commercial seed companies for the production of certified seed.

Dr Emmanuel Chamba, a Yam Breeder at CSIR-SARI in a presentation said the aeroponic system facility was designed to grow plants with nutrients water in a soil-less environment used to improve the multiplication ratio of disease free seed yam in a short time.

He said each yam plant produced an average of three mini tubers every four months weighing about 45 grams and said one node vine cutting could produce as many as 300 vines per plant every four months after 9 months growth of the yam plant in aeroponics.

He said using a box of about 300 nodes per cutting with 10 boxes and 4 tables per box and 49 plants per tables, a total of 588,000 cutting could be generated from the field at one cycle cutting

Mr Chamba said the system was space saving, provided good water saving, required fewer chemical inputs, automatic feeding and environment control, and the plant grew at a faster rate in all round seasons.

Dr Norbert Godonuo Maroya, the Project Leader of YIIFSWA-II said the facility was the best in the country in terms of heat control, nutrients solution and technology and challenged CSIR-SARI to strengthen their commitment with the private sector to help in their easy access to the improved yam seeds.