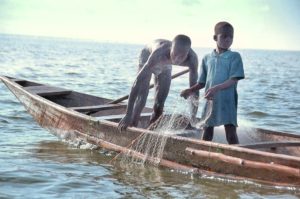 The International Cocoa Initiative, (ICI), has pledged its full support to the review of Ghana’s Child Labour Monitoring System (GCLMS) that was being done by the Ministry of Employment and Labour Relations (MELR) with its stakeholders.

The general objective was to harmonize the GCLMS with all other child labour and protection monitoring and remediation systems, to make it more effective and efficient for addressing child labour in all sectors of the country.

Mr Mike Arthur, the National Coordinator for the International Cocoa Initiative, who spoke to the Ghana News Agency at the weekend, said the review had become imperative based on recommendations of the final report of the GCLMS.

He said, after being piloted in 25 communities within six districts, under the National Programme for the Elimination of Child Labour in Cocoa (NPECLC) since 2010, the review is paramount.

He said the report had identified challenges, including the changing approaches to data collection procedures and tools such as questionnaire and software, and the setting up of structures at all levels by various organisations, to tackle child labour issues.

He said the review was therefore to evaluate some of the indicators identified under the System that have proven to be unachievable by stakeholders, measure the relevance of others, and ensure a more streamlined system that would be relevant to tackling child protection in its entirety, especially in the cocoa sector.

The process, he said, further seeks to link the System to the Livelihood Empowerment Against Poverty (LEAP) common targeting mechanism, as well as the private Child Labour Monitoring and Remediation Systems (CLMRS) to promote coordination.

Mr Arthur said the ICI was however of the view that government does not need to restrict all players to the use a single harmonized system, but could adopt good aspects of the various private monitoring systems, while allowing existing workable ones to run alongside the GCLMS.

He said the ICI has already developed its own CLMRS, which it was working with in selected cocoa communities within the Western, Eastern, Central and Ashanti regions, using the Supply Chain Approach to identify child labour within groups of cocoa buyers, and monitoring the activities of suppliers.

It has also used a “Dual Approach”, to identify child labour issues within these communities, and referred them to proper remediation systems, while helping farmers with alternative livelihood sources.

He said community service groups had been formed to help young farmers to improve their farms, supported school management systems, in terms of governance, as well as instituted child protection committees, he said.

These interventions have reduced child labour issues in these areas, adding that, so far Ghana has improved by transiting from its “Tier two Watched, on the global list, to just Tier two,” he said.

Giving a background, he said the GCLMS was instituted by the government in 2010, to monitor child labour issues through a holistic and dynamic process, to reduce the Worst Forms of Child Labour and other abuses in the country.

The GCLMS therefore demanded for the establishment of a National, Regional, District and Community structures to serve as an interface for the protection and identification of victims of child labour as well as the delivery of services to identified vulnerable households and children at all levels.

Mr Arthur said since then, both international and national organisations have used same, other methods or a mixture in their respective project areas to address child labour in the country and have identified some issues that need urgent redress.

He said the ICI believed that the review of the GCLMS would now ensure its full implementation and help direct victims of child labour for remediation.

He said the ICI was expecting to see a system that clearly defined the role of both the public and private sectors in the implementation process, where the GCLMS and the LEAP would be used as complimentary tools in addressing child protection, and further enhance linkages between the system and other private CLMS to enhance coordination.

The MELR on September 4 to 5, 2018, held a national stakeholders forum in Accra, to review the GCLMS, based on some recommendations made after it had been piloted in six (25 Communities) under the National Programme for the Elimination of Child Labour in Cocoa (NPECLC).