About 50 of us were tricked to endorse Mahama – Naabu

August 2, 2018 Politics Comments Off on About 50 of us were tricked to endorse Mahama – Naabu 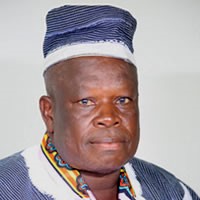 Mr Joseph Naabu, MP for Yunyoo has protested the inclusion of his name on the list that allegedly endorsed the candidature of former President John Dramani Mahama.

“The fifty MPs in question signed up believing they were signing an attendance book in Parliament.”

Mr Naabu, who was speaking exclusively with the Ghana News Agency on Wednesday said: “Myself I was tricked that it was a certain document that we were to sign with the attendance book.

He explained that although he did not specifically signed the list that was circulating in the media because of his allegiance to Mr Bagbin, his name was included on that list.

The Yunyoo MP and Richard Quashigah, Member for Keta made it abundantly clear to the signature hunters that their allegiance was elsewhere. While Quashigah had said he was for Prof. Joshua Alabi, Mr Naabu said he was for Mr Bagbin.

The other MPs, who signed, he said did so out of their own volition.

Mr Naabu, who is still wondering how his name got on that list said it was deliberately done by some of the Loyalists of former President Mahama to create an impression that they were all for him.when he had never endorsed Mahama.

Mr Joe Kwei, a branch Chairman in Tema West NDC said “it is unfortunate, embarrassing and indeed sad that a few former appointees in parliament allowed themselves to be manipulated just because other candidates were becoming more popular flagbearer hopefuls for NDC 2020.

“We the branch delegates are many and have made up our minds already to do everything possible for our candidates to win massively for our own benefits”. Joe Kwei added.