Politics and fear delaying the passage of RTI Bill – Chief 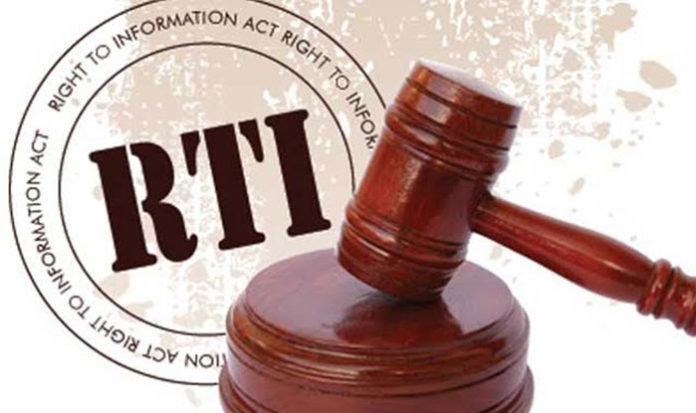 A traditional ruler has attributed the delays in the passage of the Right To Information Bill (RTI) to politicisation and the fear of politicians to be held accountable by the masses, who stand to be empowered by the Bill when passed into law.

He insisted that the cause of the continued delay in the passage of the Bill by Parliament, was the Bill’s inherent potential to enlighten and empower the Ghanaian citizenry to seek answers and probe the activities of politicians at all levels of governance, saying this was causing some trepidation among the political class.

The Chief said it was time politicians opened up and ensured transparency and accountability in the discharge of their duties.

Nana Amponsah said the passage of the bill would not only make it easy for the public to seek critical information on various issues affecting them, but would also help them to participate and actively contribute to national development.

The forum was organised by the Ghana Anti-Corruption Coalition (GACC) in collaboration with Abak Foundation, under the Accountable Democratic Institutions Systems Strengthening (ADISS) Project.

It provided the platform for the participants, made up of chiefs, heads of departments, teachers, Assembly members, security officers, among others, to discuss the RTI Bill and make inputs for consideration by parliament.

Nana Amponsah said, it was time Parliament considered the interest of majority of Ghanaians on the Bill to motivate them to speed up its passage.

He said the passage of the Bill which included an aspect of “Assets Declaration” by government officials and political appointees such as Ministers of State, would help reduce corruption and public mistrust in governance.

He commended GACC for enlightening the people, especially those in rural communities on the contents of the Bill and said that would enhance their capacity to engage local government authorities in public service delivery in order to attain the needed developmental results.

Mr Bright Sowu, Senior Research Officer of GACC said the forum sought to sensitise the public on the RTI Bill, educate them on their rights concerning the Bill and also collate and forward their views and concerns on the Bill to Parliament for considerations.

He said GACC’s focus was to enhance the facilitation of multi-stakeholders’ engagement and deliberations before the RTI Bill was passed into law by Parliament.

Mr Philip Duah, Executive Director of Abak Foundation said his outfit’s focus was to empower the ordinary citizens especially, those in deprived communities to have better understanding of issues affecting them and make meaningful contributions to ensure successful implementation of such programmes.

About 50 of us were tricked to endorse Mahama – Naabu