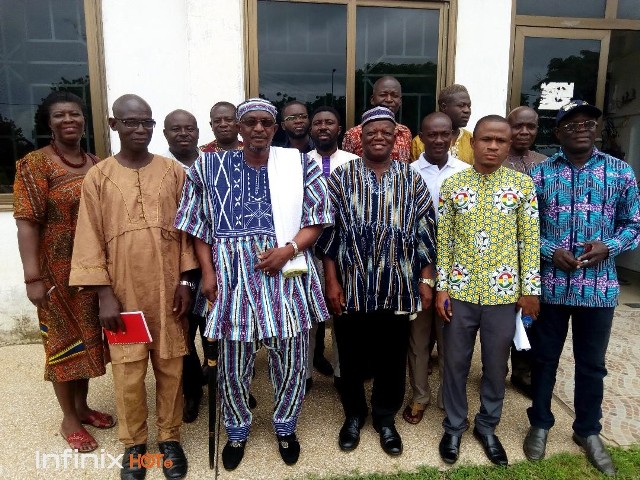 Mr Rockson Ayine Bukari, the Upper East Regional Minister, has inaugurated the Regional Committee of the National Festival of Arts and Culture (NAFAC) with a call on members to showcase the culture of the area.

The Minister, who spelt out the terms of reference and working conditions of the committee, said the success of the committee’s work would reflect on the performance of the Region at the national festival.

This is where showcasing the cultural heritages of the various ethnic groupings would properly inform people outside the region of what is in stock for the Upper East.

He told the committee members that as part of the terms of reference for their assignment they would have to identify all crafts persons and groups whose works are peculiar to the region, organize and identify beauty contestants and screen them for the national festival.

NAFAC is a bi-annual activity where the ten regions prepare their teams to showcase the arts and culture of their peoples, which Mr Bukari said was determined to ensure that the region was well represented to exhibit its potentials as part of moves to sell the region to investors and the outside world.

The Minister urged the committee members to commit time to the assignment and ensure that the organization was done well to prove their worth.

Mr Azaanab Waksman, the Regional Director of the Centre for National Culture (CNC), said the CNC is responsible for preserving the cultural heritage of the people of Ghana adding that the Centre has achieved some milestones in the history of cultural development in the country.

He said over the years the Centre had been assigned the responsibility of organizing the National Festival of Arts and Culture in the country adding that the Upper East Region has always performed credibly at such festivals.

He said the national event is scheduled to take place at Koforidua, the Eastern Regional capital and appealed to citizens of the Upper East living in southern Ghana, especially in the Eastern Region to support the committee when it arrives there to participate in the programme.

Bonaba Salifu Baba Aleemyaruum, the Paramount Chief of the Bongo Traditional Area, who chairs the Committee, expressed gratitude to the Minister for the confidence reposed in the Committee and called on members to ensure that success is attained in the assignment given them.

The Chairman of the Committee expressed the hope to receive the needed cooperation from the Regional Coordinating Council (RCC) and all other agencies in the region to make the organization successful.