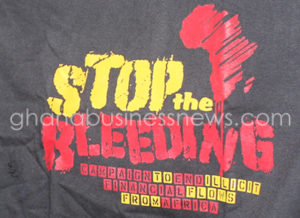 The negative impact of illicit financial flows on Africa will take a very long time to address. Despite some progress since the fight against the phenomena was intensified, the continent in 15 years from 2000 to 2015, has lost an amount of $73 billion to illicit financial flows, a new study by the Economic Commission for Africa (ECA) says.

“The most up-to-date estimates by the ECA during the period 2000 to 2015 of net illicit financial flows between Africa and the rest of the world averaged $73 billion at 2016 prices per year from trade misinvoicing alone,” the study released this week in Addis Ababa, Ethiopia, says.

Citing recent exposure of illicit financial flow scandals, it says those involved in such activities have used a range of practices to perpetrate the flows. It also notes that there are a number of fundamental enablers of illicit financial flows that cut across institutions, sectors and stakeholders, such as: the benefits to the perpetrators, the facilitating infrastructure, the absorptive jurisdictions and the constraints of public authorities.

It argues that since the release of the African Union-Economic Commission for Africa High-Level Panel on Illicit Financial Flows report in 2015, some headway has been made at the global level, but this continues to be in silos of sectors, groups of nations or stakeholders.

“Moreover, evidence reviewed for this study suggests that illicit financial flows continue to present a serious challenge to development in Africa,” it said.