BPI commends FDA for enforcing guidelines of advertisement of alcohol

January 20, 2018 General News Comments Off on BPI commends FDA for enforcing guidelines of advertisement of alcohol 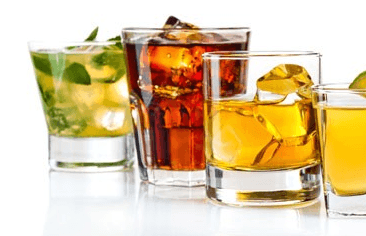 The Baraka Policy Institute (BPI) has commended the Food and Drugs Authority (FDA) for their move to enforce the regulations contained in the FDA’s guidelines for the Advertisements on Foods (Section 3.2.6).

The regulations require adverts on alcoholic beverages on radio and television advertisements not to be aired between the hours of 0600 hours and 2000 hours.

In a release issued to the Ghana News Agency, it said such a move was long overdue considering the rate at which television and radio stations have been flooded with advertisements on alcoholic drinks without any recourse to contents and viewership restrictions.

The effects on the harmful use of alcohol are far-reaching especially on teenagers whose brain development could easily be affected with the consumption of alcohol.

It said the country had been faced with youth alcoholism, a situation, which had prompted many concerns among individuals and sections of the public as well as stakeholders including the Parliament of Ghana.

“Indeed as the statement from the FDA indicated, banning advertisement and Live Presenter Mention (LPM) of alcoholic beverages in the media before 0800 hours is not anything new, it is only an enforcement of the guidelines that are contained in the Public Health Act, 2012.”

The directive is also in line with World Health Organization’s policy which directs all countries to protect the vulnerable including children against the harmful use of alcohol.

Indeed, in several jurisdictions in the world including the United States of America, South Africa, Kenya and many others, the sale and marketing of alcoholic beverages, particularly in the media has been tightly restricted and regulated.

The release said the FDA’s directives had come at a time when television and radio stations had been flooded with alcoholic adverts, which were less sensitive to children who were legally not allowed to purchase nor drink alcohol (something acknowledged by the alcohol beverage industry and actually do or expected to include in the advertisement message).

“Therefore, it is rather ironical and unacceptable to mount any form of adverts on the media network, which is attractive to the same group of people it ought to protect. We must all therefore agree to enforce regulations and guidelines that aim at protecting the vulnerable from being attracted to alcohol use through any form of alcoholic adverts.”

It said the BPI understands the economic impact this loose restrictions on the sale of alcohol might have on the alcohol and broadcasting industries, but the consideration of building a healthy children and youth for prosperous Ghana should supersede the individual economic interest.

“Indeed, we at BPI are not in favour of banning the sale of alcohol in Ghana; rather, we are very much interested in protecting our younger ones who are the future of our dear nation, Ghana.”
It encouraged the FDA to enforce the law which aims at protecting the vulnerable, particularly, children from the harmful use of alcohol.

“We believe that this directive will protect children and other vulnerable groups and prevent them from being lured into alcoholism. As a nation, we need to protect the vulnerable particularly children against any act that can destroy their health and wellbeing.”

It urged the FDA to ensure that the directive is strictly obeyed by all media houses, encouraging the FDA to further explore other sustainable means that will aid compliance as well as courting multi-stakeholder understanding and support in making the enforcement of the directives effective.

It also urged them to ensure that advertisements messages on alcoholic beverages conform to acceptable standards including the message on its harm, age restrictions and without the use of celebrities.

The release also drew the attention of the public to the National Alcohol Policy (NAP) which was launched by the Minister of Health on March 17, 2017, which entreats key governmental agencies such as the FDA to implement key regulations that aims at controlling harmful effects of alcohol use.

It appealed to stakeholders particularly, the Alcohol industry, Ghana Independent Broadcasters Association, the National Media Commission and Civil Society Organisations to work in concerted manner to protect the vulnerable from the scorch dangers of alcoholism in the country.