Home / Sports / Over 300 golfers to compete in Asantehene Open Championship

Over 300 golfers to compete in Asantehene Open Championship

May 23, 2017 Sports Comments Off on Over 300 golfers to compete in Asantehene Open Championship 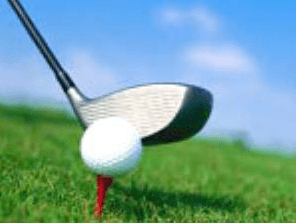 Over 300 professional and amateur golfers from across the nation and the sub-region would compete in the Vodafone 60th Asantehene Open Golf Championship.

The four-day 72-hole event would come off at the Royal Golf Club in Kumasi.

Otumfuo Osei Tutu, the Asantehene, would join officials of Vodafone Ghana, sponsors of the tournament, at the opening and closing ceremonies.

The competition officially starts tomorrow, Wednesday, and ends on Saturday.

Mr. Kwasi Attah-Antwi, Chairman of the Club’s Management Committee, announced this to journalists after Vodafone presented customized golf kits to the King at his Manhyia Palace.

He said the Asantehene would join officials of the telecommunications company to perform a flag-hoisting ceremony to user in the event.

He would also be on hand, together with the Chief Executive Officer (CEO) of Vodafone, Yolanda Cuba, for the ceremonial tee-off.

Mr. Attah-Antwi indicated that the climax would be on Saturday and would be crowned with a special dinner hosted by Otumfuo Osei Tutu.

Otumfuo Osei Tutu thanked the headline sponsors – Vodafone, and the management of the Royal Golf Club for the energy, commitment and resources put into this year’s tournament.