The people in the Tapumu-Chetu Electoral Area in the Lambussie/Karni District  of the Upper West Region have vowed not to participate in the forthcoming Biometric voters Registration Exercise because of what they describe as the neglect of the area in the provision of basic amenities.

They said they had been voting since the colonial era and had always paid their taxes as demanded of them as citizens of the country but there had not been any government interventions in the communities regarding the provision of basic necessities such as potable water, schools and health facilities, among other things.

Mr. Zuobog Philip Meri, Assembly Member for the Tapumu-Chetu Electoral Area told the Ghana News Agency at Tapumu that he and his electorate had made several appeals to government and the Lambussie/Karni District Assembly about the lack of those facilities but their concerns had not been heeded.

He said his people had therefore resolved that they would use the period for the voters registration exercise to worship God and their ancestors under whose mercies they had depended for water, good health and education since creation rather than going to queue for long hours for a process that they had never benefited from.

He said the people had been drinking from ponds and streams but with the influx of Fulani Herdsmen and their cattle, there had always been a struggle, sometime resulting in quarrels between the natives and the herdsmen whose animals had contaminated the water and also caused the depletion of those water sources.

Intensive usage of agro-chemicals was also another cause of contamination of water sources in the area, Mr. Meri pointed out.

He said the lack of boreholes in the communities had been a major contributory factor to the incidence of school drop-out on the part of children in the communities because they had to spend more hours in searching for water from unsafe sources.

Mr. Meri appealed to members of the communities to rescind their decision not to participate in the voters registration exercise but rather to continue to make appeals to government, the district assembly and other benevolent organisations to come their aid.

He also appealed to non-governmental organisation for assistance to help encourage the people to honour their civic rights to participate in the registration exercise that would qualify them to vote during the 2012 general election and help promote the democratic credentials of Ghana.

“Government should be seen as providing development for all but not for some to the neglect of others”, Mr. Meri pointed out. 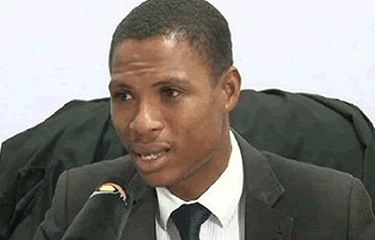