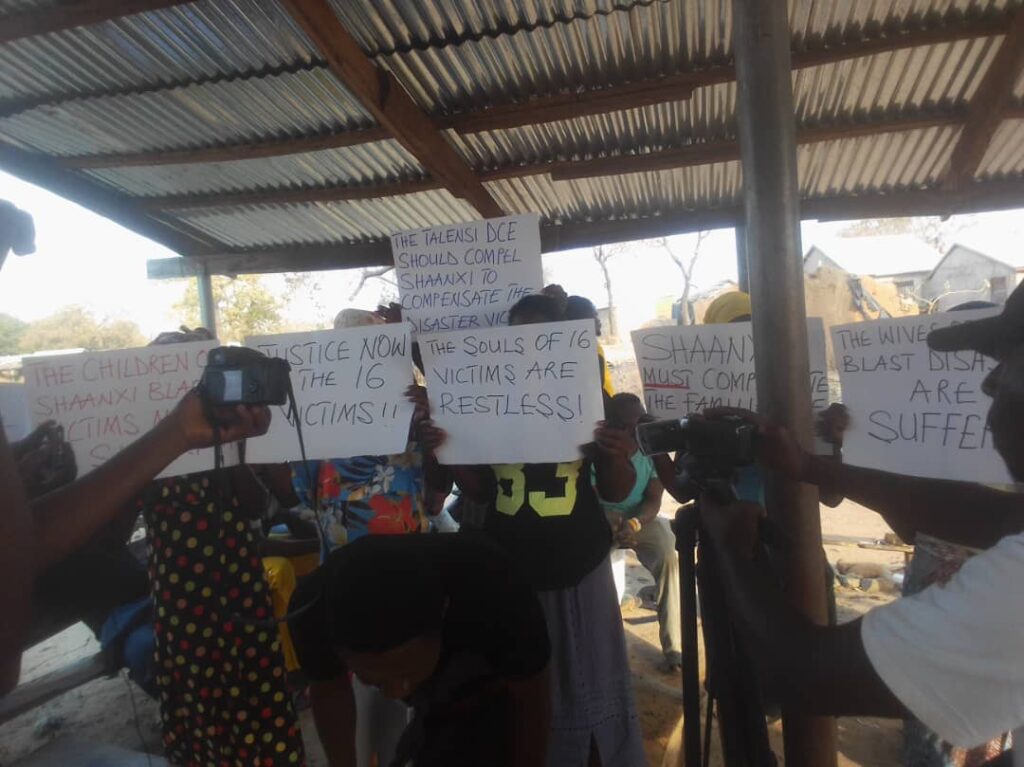 The Talensi Mining Communities Initiative (TAMCI), a civil society organisation in the Talensi District of the Upper East Region, has renewed demands for compensation for the families of 16 miners, who died in a mining pit in 2019 at Gbane in the district.

According to the NGO, dependents of the deceased had been going through hardship to fend for themselves without any form of compensation.

It called on the Government and the Minerals Commission to ensure that the families were properly compensated to serve as justice for the deceased.

It would be recalled that on January 23, 2019, sixteen miners died as a result of inhalation of poisonous gas from an explosion within the concession of the mining firm of the then Shaanxi Mining Company Limited (now Earl International Gold Limited).

Although the Company denied responsibility, claiming the miners were operating illegally at the Bantama mining group, investigations by the Minerals Commission found the company guilty and fined it $40,000.00.

Meanwhile, Yenyaya and Pubortaaba Mining Groups, which contracted the Shaanxi Mining Company to offer support services were also fined $10,000.00 for not providing blasting time notices in the Gbane Community.

At a press briefing at Tawka in the Talensi District to commemorate the fourth anniversary of the miners’ death, Mr Albert Naabogbire, a Member of TAMCI, said the Minerals Commission and the Government had failed to recognise the plight of the families of the deceased after investigations were completed.

He said although the Company was found guilty on several counts of offence by the Ghana Minerals Commission, and was fined, the Commission failed to prescribe any form of compensation for the families.

He called for enforcement of the mining laws and regulations to ensure strict adherence to Regulation 2012, LI 2177 and LI 2183 of the Minerals and Mining Act of 2006, Act 703, which detailed how to handle explosives in mining by both small and large-scale mining companies to prevent accidents.

At the commemoration, the bereaved families held placards with messages directed to Earl International Gold Limited and authorities, generally calling for justice in the form of compensation.

Mr Bismarck Zumah, a family member of one of the deceased, said the reluctance by the authorities to ensure the company compensated dependents of the victims, created the impression that their lives did not matter and “rather emboldened the company to operate in reckless manner.”

Ms Lamisi Maglabna, a mother of one of the deceased, said life was traumatizing since she lost her son because it had become difficult for her to feed and appealed for the compensation without delay.

Ghana has declined in participation and rights – Ibrahim Index