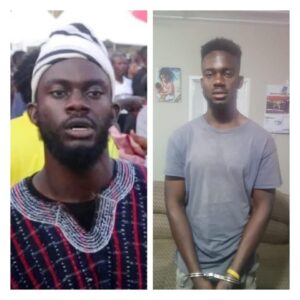 The police have arrested two more suspects in connection with violent disturbances during the National Democratic Congress’ (NDC) National Youth and Women’s Congress at Cape Coast in the Central Region.

Iddrisu Abass alias “Jango,” believed to be the ring leader of December 10,2022 disturbances and suspect Dawda Mohammed Nazir, were arrested at Kintampo and Wenchi in the Bono and Bono East regions respectively, on January 8, 2023.

A news brief from the Police said the latest arrest brought to four, the 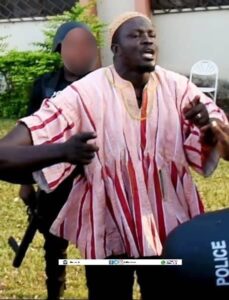 number of suspects arrested so far in connection with the disturbances.

It said during the arrest, suspect Jango shot and wounded one of the police officers, however, the officers returned fire and shot him in the legs.

The brief said both the injured officer and injured suspect were in stable condition and receiving medical attention.

It said following the arrest, some youth of Wenchi massed up to attack the police team but Police had since restored law, order and security in the area.

The brief said faces of the suspects had been shown because they had been declared wanted with their images already displayed in the quest to seek public assistance in getting them arrested.

It said targeted intelligence operations were ongoing to arrest the remaining 12 suspects to face justice.

After 30 years of constitutional rule: Is 1992 Constitution serving interest of Ghanaians?