After 30 years of constitutional rule: Is 1992 Constitution serving interest of Ghanaians? 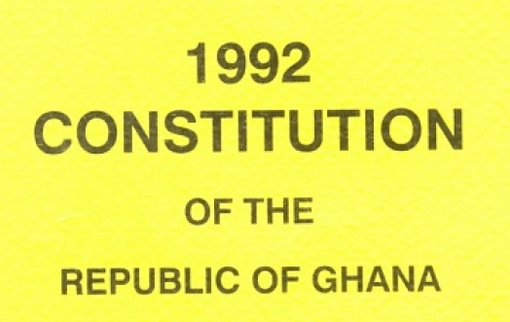 On Saturday, January 7, 2023, Ghana observed the Constitution Day to mark the 30th Anniversary of the Fourth Republican Constitution, which came into effect on January 7, 1993.

The celebration is to remind Ghanaians on the need to maintain and sustain the country’s democratic journey, which is widely touted as the beacon of Africa’s democracy.

President Nana Addo Dankwa Akufo-Addo, in a televised address on the eve of Ghana’s 30th Anniversary of the Fourth Republic on January 6, 2023, chronicled some successes the nation had chalked in her democratic journey.

The President was of the belief that for the country to prolong her democratic journey, it was imperative to enhance transparency and accountability in the governance structures to fight corruption and the dissipation of public funds.

Also, the Electoral Commission, an independent body overseeing election in Ghana, should work to ensure that all stakeholders in the electoral process-the citizens, civil society organisations and political parties- did not have lingering questions about the legitimacy of an election.

Ghana has come a long way in her democratic journey and we should not take it for granted.

The President said his government had undertaken, arguably, the boldest initiatives since independence to reform and strengthen the capacity of governance institutions to tackle corruption in the public sector, including the financial empowerment of the anti-corruption bodies.

The President cited, for instance, the passage of the Right to Information Act and the establishment of the Office of the Special Prosecutor to investigate and prosecute acts of corruption.

“We must do everything within our means to safeguard our democracy.

“We have advanced a great deal in realising this vision, and I am confident that, with a spirit of fairness, hard work, integrity and reconciliation, the best days of Mother Ghana lie ahead of us,” the President assured.

The President underscored the need to create the platform for the evolution of a new Ghanaian civilisation, which would give true meaning to the foundational values of freedom and justice on which the nation’s democracy was birthed.

Meanwhile, some constitution and political pundits have downplayed the relevance of the Constitutional Day celebration, arguing that, the 1992 Constitution have lots of limitations that do not promote democratic rule.

They have advocated amendments to some provisions in the 1992 Constitution. Others, too are calling for a new constitution.

They argued that the 1992 Constitution conferred too much power on the Executive arm of government and upsets the required balance of power to other countervailing authorities-the Legislature and the Judiciary.

Even though a National Constitutional Review Commission was established by President John Atta Mills on 11th January, 2010, which submitted a report to Government on 20th December, 2011, not much has been achieved so far.

The country adopted a Unitary Republic with sovereignty residing in the people and designed to ensure probity, accountability and the rule of law and ensuring power-sharing among the three arms of government- the Executive, the Legislative and the Judiciary.

The Constitution reflected the lessons learnt from the previous constitutions of Ghana such as the 1957, 1960, 1969 and 1979, which incorporated some provisions and institutions drawn from British and the United States.

Ghanaians expected governments to mobilise resources both within and outside to add value to the country’s primary commodities so that Ghana would work again and ensure prosperity for the citizens.