ECG appeals to public to be vigilant as thieves steal transformers 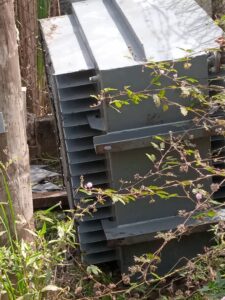 The Tema Regional Office of the Electricity Company of Ghana (ECG) has appealed to residents within its jurisdiction to be vigilant in helping the Company apprehend thieves stealing power transformers in the region.

Ms Sakyiwaa Mensah, Tema Regional Public Relations Officer of the ECG told the Ghana News Agency in Tema that even though ECG has put in place measures to prevent such occurrences, residents and customers could help by being vigilant.

Ms Mensah advised the public to immediately call the ECG fault line when their area goes off at night, explaining that the criminals visit the area at night, plunge the place into darkness, and carry the transformers away in vehicles.

She said they operate in an isolated and newly developing area and added that in some cases, they push the transformers down from the pole, damaging them.

She disclosed that the Company lost a number of transformers in this month, December revealing that at Friday dawn unknown criminals tried stealing one at Teye Kwame in its Krobo District.

She revealed that three transformers had already been stolen in the Afienya District during the Christmas period, adding that one of them was a fully functional transformer serving customers at White Estates near EMEF Estates.

The ECGPRO said, “two others which were work in progress, both in Shai areas have been vandalized.”

She noted that a total of eight transformers had also been stolen in the Prampram District in this year in areas such as Kpone Secondary School area, PS Global, Abbey Light House, and Tsopoli Heaven’s Gate, adding that “one was stolen just last night around Adom Estates.”

Key political events in 2022 as NPP and NDC elect leaders