Sale of aphrodisiac, body enlargers on the rise in Bolgatanga market 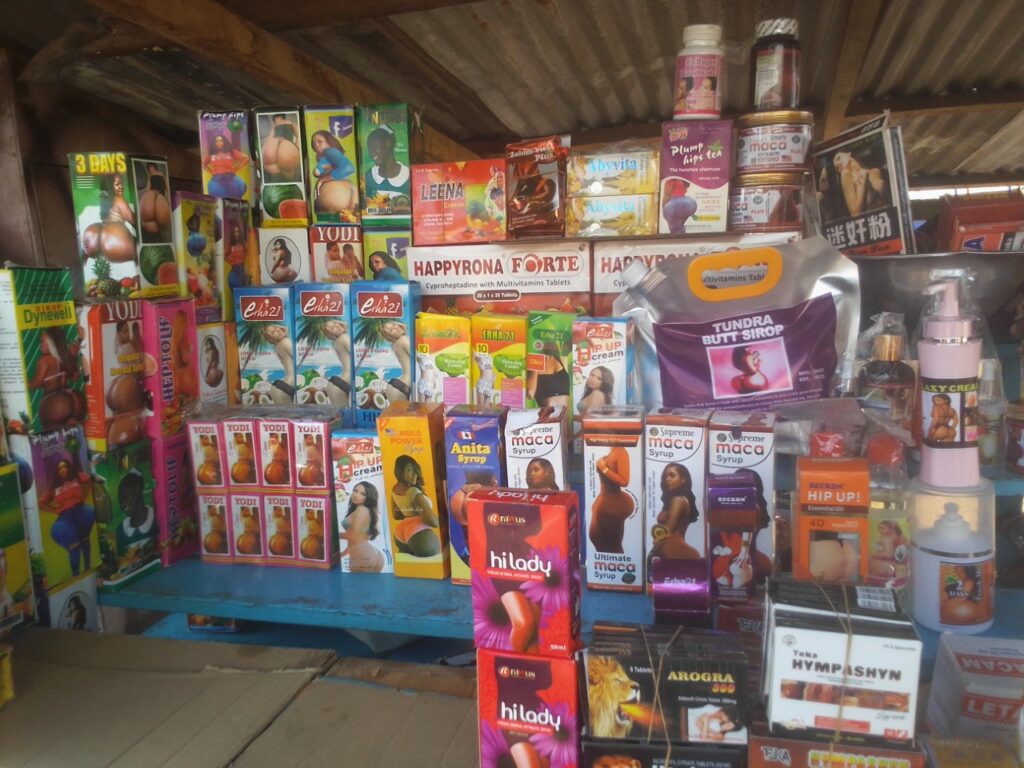 Sales of sex enhancing and body enlargement products in the Bolgatanga market is on the rise despite warnings and confiscation of the products from such traders by the Food and Drugs Authority.

The different products which target both genders and aim to boost sexual drive of men, women and increase the size of the male organ and bodies of women, particularly their buttocks according to the dealers were cashing in sales.

A visit by the Ghana News Agency (GNA) to the market where the products were displayed revealed that prices of some of the aphrodisiacs ranged between GH₵50 to GH₵100.

Some have inscriptions as “Tundra Butt Sirop,’ “Anita Syrup,” “Suprem Maca Syrup,” “Ultimate Maca syrup,” “Yodi” “Sirop Dynewell” among others on them.

One of the dealers, a woman believed to be in her early 50s, and preferred to be called Adurowura, told the GNA that, business was booming, and the demand was high among the youth.

“The young women in particular want to entice their male partners with their curvy shapes,” she stressed.

According to her, each of the products worked according to what was inscribed on the package and users recommend it to their friends after seeing positive changes in their bodies and told the GNA that, at her age, she did not need such body enlarging product for use because her system will not respond to its use.

Mrs Afia Nyantakyi, another seller of the product told the GNA that she was neither aware of the main source of the medicine nor the consequences it may pose.

“What I know is that, it can enlarge your buttocks to give you a sexy or curvy shape but as to what the consequences are when using it, I cannot best tell because, no customer has ever reported to me of any complications,” she said.

“I also buy them from someone, and I am not aware of where exactly they bring them from.” she stated.

Mr Sebastian Mawuli Hotor, Upper East Regional Director of Food and Drugs Authority (FDA), debunked the claims by the sellers of the body enlargement medicines and explained that such medicines had not been licensed because there was no scientific proof to the effect that it could provide such services.

According to him, the sellers lure their unsuspected customers with such claims.

He explained the Authority had on several occasions confiscated such medicines from the sellers.

He warned them to desist from the illegal trade of the medicine which had dire consequences on the users.

He said his outfit was committed to prosecuting sellers of such products to deter others and advised the public to be wary of such.

Simba roars from his den at the Achimota forest