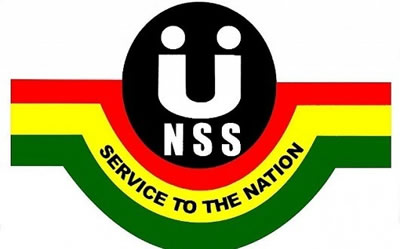 A draft bill that seeks to transform the National Service Scheme (NSS) into an authority has been completed and submitted to cabinet for approval, Mr Osei Asibey Antwi, the Executive Director of the Scheme, has said.

The bill, if passed into law, would change the status of the Scheme, and empower it to implement certain projects and activities beyond its current mandate.

Mr Assibey Antwi announced this at the Minister’s briefing in Accra dubbed: “The State of the Agencies Report” to update the public on the various infrastructure projects and interventions being executed by the various public institutions.

He said, for instance, that obtaining the status of an authority would offer it the necessary regulatory framework to venture into areas other than its existing mandate.

“It will enable the Scheme to enter into joint ventureship with other companies and engage in commercial activities that will help us internally generate funds (IGF),” he said.

He said all the necessary consultations had been undertaken and the draft bill submitted to the President through its parent ministry, the Ministry of Education.

Mr Assibey Antwi said it was important for the operations of the Scheme to be looked at again after almost 50 years in operation and supporting the country’s development.

In 1980, the National Service ACT 426 was promulgated and passed by the Parliament of Ghana to give constitutional backing to the Scheme.

He explained that part of its mandate was to deploy a pool of skilled workforce drawn primarily from tertiary institutions to support the development of both the public and private sectors of the economy.

That, he said, was to promote the values of national cohesion and voluntarism in personnel and to instill a sense of civic duty and discipline and provide them with an early opportunity to participate in nation-building and development.

The scheme has been acting as a “conveyor belt” by simply offloading graduates to User Agencies without much effort to equip them with the requisite skills to make them more employable.

As a result, he said, it had created a gap between the graduate youth and the world of work and to address the situation, several initiatives had been undertaken including the “The Deployment for Employment” initiative.

The initiative was an intentional approach by the Scheme to provide competency-based skills training through partnerships with the private sector as one of the drivers in shaping and equipping the graduate youth for the job market.

The approach is intended to fill the “missing middle” where most graduates fall off because they do not have the right competencies and skills needed for the job market either as employees or self-employed.

Under the initiative, Mr Assibey Antwi said some modules had been developed to provide pathways to employment for service personnel who may be interested.

The approach was intended to fill the “missing middle” where most graduates fall off because they do not have the right competencies and skills needed for the job market, either as employees or self-employed and served as drivers in shaping and equipping the graduate youth for the job market.

Touching on its current operations, he said, the Scheme had a few integrated demonstration farms at Papao, Haatso-Accra and other areas nationwide.

The scheme, he said, supplied cereals and poultry products to the National Food Buffer Stock Company.

Mr Assibey Antwi noted that partnerships and many more were the things the scheme would want to venture into but needed the power to enable it to raise some capital from other private sources without depending on the central government.

Polio eradication back on the front burner in Africa