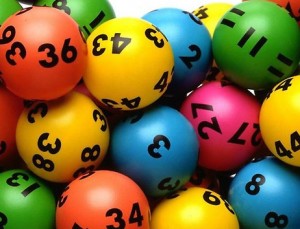 The members of Ghana Lotto Operators Association (GLOA) and Concerned Lotto Agents Association of Ghana (CLAAG) have asked the NLA to pay 40 percent commission or maintain the 30 per cent it was paying lotto writers.

At a stakeholder meeting at the GNAT Hall in Accra, the Associations said the reduction of their commission would collapse their businesses with untold hardship on their families.

“We buy pens, carbon papers, pay electricity and water bills, we also pay for transportation, all these have been increased.”

GLOA and CLAAG executives said they had tried to implement the directives of the NLA but same had been met with fierce resistance despite public announcement in the media.

Mr Eric Duah, Executive Secretary of CLAAG, said they would pursue increment in the commission paid to lotto writers.

He said their jobs did not cause harm to the environment and that their commission should be increased and not reduced.

Mr Duah said the members were seeking justice and fair play in the payment of commission, stressing that if the NLA would not increase the commission payments, it should not reduce it.

According to him the introduction of lottery on phones had reduce patronage, which was making it difficult for them to meet daily targets.

“The lion is asleep; they should not wake it up, ” he said, adding that the members would be compelled to demonstrate and march to the Jubilee House to present their grievances to the President if they did not receive favourable response from the NLA.

Meanwhile, GLOA and CLAAG executives are expected to meet the NLA on November 9, 2022.

The Lotto Act, Act 722 gives the NLA Board the discretion to decide the commission for lotto writers.

Since 1962, when lottery was introduced in Ghana, the commission paid writers has been 30 per cent.

Some of the placards carried by the members read: “Think of the Poor before you act,” “NLA is for all Ghanaians,” and “Sammy Awuku Why?”