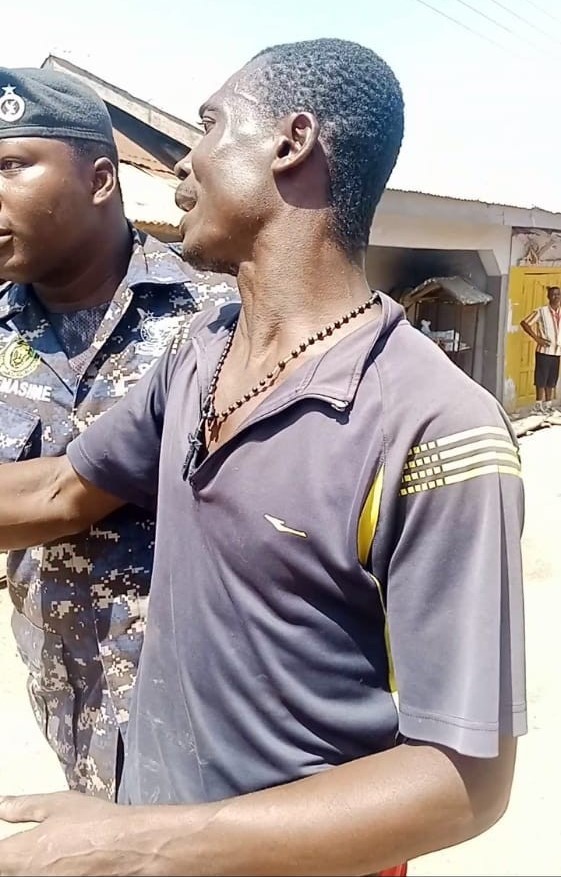 A 42-year-old man, who allegedly hurled insults on Mr Simon Osei Mensah, Ashanti Regional Minister without any provocation, at Ntobroso in the Atwima Mponua District, has been arrested and kept in police custody.

Dominic Adu Boi verbally attacked the Minister, who was in the community together with other government officials and the media, to inspect ongoing feeder road projects in the area.

The Minister had tried to persuade some cocoa farmers in the community from drying their beans on the newly constructed road as it could cause accidents and destroy the road.

Adu Boi, who emerged from nowhere, shouted at the Minister and said the farmers would not remove the cocoa beans because the road was not an illegal mining pit, and that, even if they removed them, they would bring them back after the Minister had left the place.

Mr. Osei Mensah, in a jovial mood, said if he joked, he would cause his arrest.

This infuriated Adu Boi, who insulted the Minister and said he could not arrest him and if even he was arrested, he would be released back to the community to insult him again.

The Minister became angry and ordered his bodyguards to whisk him away.

However, the residents and the opinion leaders in the community, including the assemblyman, came in to plead on his behalf and asked him to apologize to the Regional Minister.

To the surprise of everybody, Adu Boi aggressively insisted that he would not apologize to the Minister.

Mr Osei Mensah was left with no choice than to ask the police to arrest Adu Boi and send him to the Ashanti regional Police command in Kumasi for further investigations.