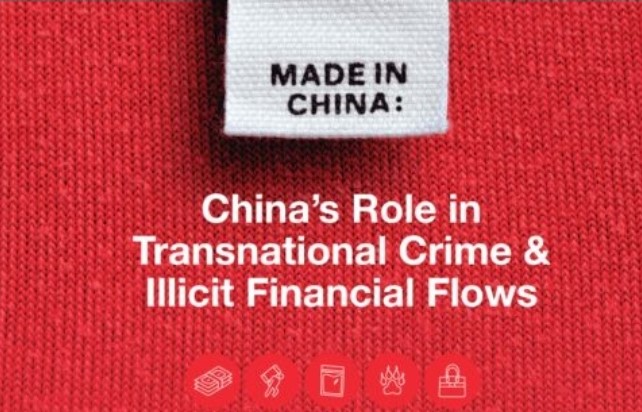 China’s growth, economic and political power appear to be permeating every facet of the globe. A new report by the Global Financial Integrity (GFI) and copied to Ghana Business News has found that China is playing an outsized role in transnational crime and illicit financial flows (IFFs) reflecting its growth as a superpower.

The report released October 27, 2022 found that The People’s Republic of China (PRC or China) plays an extremely impactful role as a source, transit and/or demand country in many of the most widespread and serious transnational crimes as well as a key facilitator of global IFFs.

On drug trafficking, the report states that China serves as a major source, transit, and destination for narcotics trafficking, with the annual value of the domestic “drug industry” an estimated $82 billion. The country has grown into a principle supplier of fentanyl and its analogues as well as precursor chemicals for the production of a variety of drugs including methamphetamine, it says.

The report citing the Global Slavery Index (GSI) estimates, indicates that, as of 2016, there were more than 3.8 million victims of modern slavery in China. Pairing the International Labour Organisation’s average annual profit of $5,000 per victim in the Asia-Pacific region with the GSI’s estimated 3.8 million trafficking victims in China gives a rough estimate for the value of human trafficking in China at $19 billion.

Commenting, Tom Cardamone, GFI’s President & CEO said: “Over the last several years China has expanded its influence in a broad array of transnational crime areas including trafficking, narcotics and IP theft. The flow of illicit money related to these activities is massive and the impact on global security has been substantial.”

According to the report, in regards to the factors contributing to China’s rise in global crime, internal dynamics within the country—economic, political, social, and cultural—are major drivers and/or facilitators of transnational crime and IFFs.

The report notes that, politically, by far one of the clearest drivers of transnational crime in China is state-sponsored forced labor, the most notable example is China’s repression of Uyghurs and other Turkic Muslims in Xinjiang. Economically, innovation in industries such as manufacturing, computer technology, and pharmaceuticals have also translated to gains in transnational crime, it added.

The report further found that certain social policies, such as the now-rescinded “one-child policy” and the national household registration system, known as hukou, have contributed to the prevalence of sex trafficking and forced labor in the country.

“Additionally, the cultural importance of traditional Chinese medicine (TCM), has spawned a legitimate multi-billion-dollar global industry but has also contributed greatly to the illegal wildlife trade due to the use of wildlife in different medical treatments,” the report said.

The report’s authors are Channing Mavrellis and John Cassara.

Danger looms in Enchi as four shot dead, with one injured