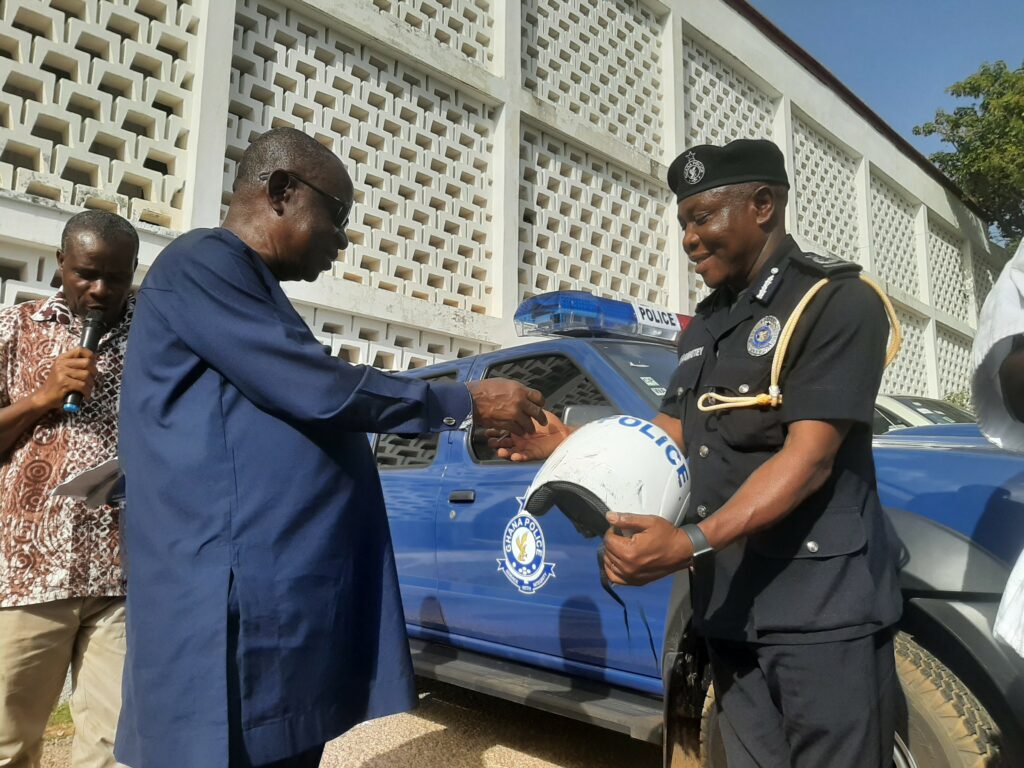 Mr Albert Kan Dapaah, the Minister for National Security, has commended officers of the various security agencies for sacrificing to maintain and ensure peace and tranquillity in the country.

“If our investment drive has been successful, that has fed into it. Investors come because they know that there is peace and tranquillity in our country.

“Let us, as Ghanaians never forget that the peace and tranquillity that we have is the result of sacrifices being made by our gallant troops.

“I want to take this opportunity to salute and thank them and to let them know how much we in government appreciate the work that they are doing for us,” the National Security Minister said.

Mr Kan Dapaah gave the commendation in Bolgatanga at a brief ceremony to hand over motorbikes and pick-up vehicles to four security agencies in the Upper East Region to boost their operations.

Mr Kan Dapaah said even though it was not the primary responsibility of the Sector to provide vehicles to the security agencies, the Ministry took the initiative from its budget to support the agencies to function effectively.

He noted that some of the agencies, especially the Ghana National Fire Service, and the Ghana Prison Service had not benefitted, and gave the assurance that they would soon receive their share of the vehicles.

He said the conflict in Bawku required careful management, “In recent times, the reports that I get from Bawku indicate that to a large extent, we are able to get the two sides to work together.

“That is necessary and can only be achieved through the commitment, loyalty, and determination of the security agencies, especially the REGSEC,” Mr Kan Dapaah added.

Mr Stephen Yakubu, the Upper East Regional Minister, said the security situation in the Region was of national concern and indicated that apart from the Bawku and Doba-Kandiga conflicts, there were threats of violent attacks from extremist groups from the Sahel.

He said the Region hosted a number of immigrants who had escaped the attacks at various locations in communities which share border with neighbouring countries, and said REGSEC was sensitising the border communities on the “See something, say something” campaign.

Mr Yakubu, who is the Chairman of REGSEC, thanked the National Security Minister for the support and gave the assurance that REGSEC would monitor to ensure the vehicles were used for the intended purpose.

Breast abnormalities found in 14% of women screened at Agomeda Shai