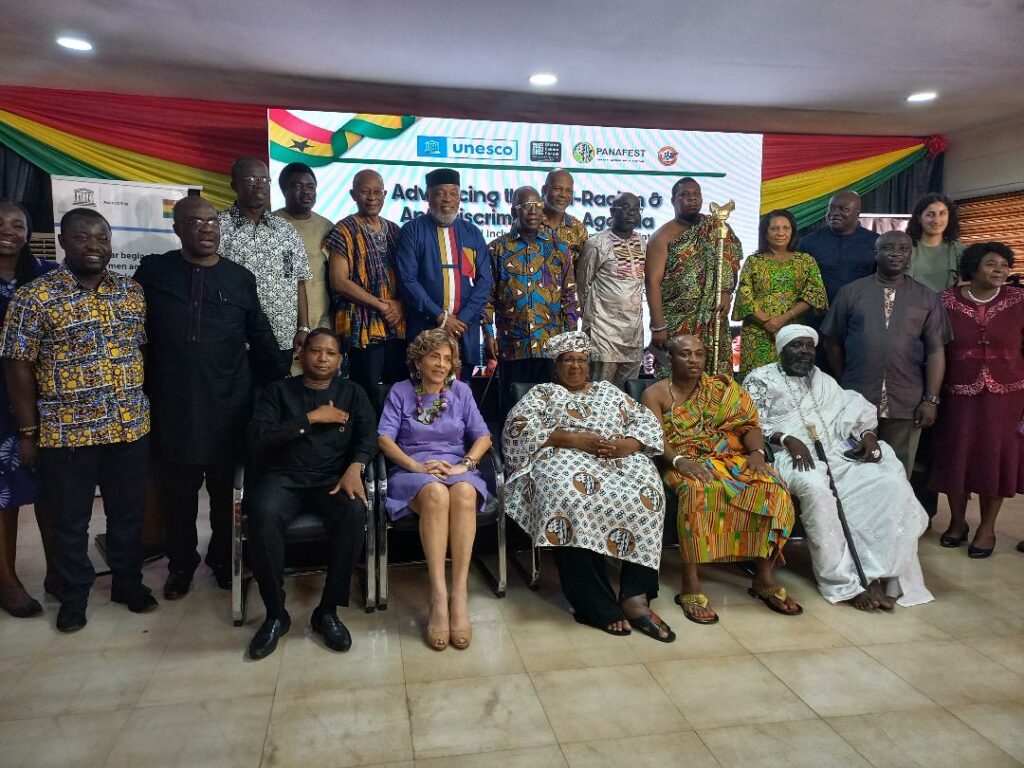 Mr Abdourahamane Diallo, United Nations Educational, Scientific and Cultural Organisation (UNESCO) Representative to Ghana, has called for a strong action against racism and discrimination across the world.

He said a collective action would help eliminate the canker and promote socio economic development.

“Now, we must take action together to fight and deconstruct racism, to develop anti-racist policies, to fight stereotypes and foster diversity.”

Mr Diallo made this call at a workshop organised by UNESCO in collaboration with the Ghana Culture Forum (GCF), the Ministry of Tourism, Art and Culture, (MOTAC) and the Ghana Tourism Authority, (GTA), in Accra.

Mr Dialo said: “Together our desire to rid the world of racism and all forms of discrimination will take centre stage in driving global discourse and elevating human consciousness. The equal dignity and rights of every individual must remain the starting point for all action, and the measure of its success.”

He said the workshop was a direct response to the global appeal against racism and discrimination hence the need to offer Ghana the opportunity for key stakeholders to reflect on the agenda.

“This is a sign that in this difficult period, very conducive to the resurgence of racism, discrimination, there is a firm and shared conviction that we must all be united against racism and any form of discrimination,” he added.

He said UNESCO had been at the forefront of the fight against racism for the past 70 years, and that when discussing topics relating to racism and discrimination, there was the need to revisit their complex and intricate past.

Mr Diallo said UNESCO’s: “Routes of Enslaved Peoples Project”, had contributed to the production of innovative knowledge, the development of high-level scientific networks, and the support of memory initiatives on the theme of slavery, its abolition, the resistance it generated and highlighted the issue of racism inherent and ways to deal with it.

He commended the Government of Ghana for efforts at advancing Africa-African Diasporan relations.

Mr Asare Konadu Yamoah, Chairperson, GCF, said there was the need to confront racism and discrimination at all levels- governance, domestic, organisations, workplace, and education – saying “designing workable frameworks for effective beneficial process of inclusivity and equal opportunities could be achieved through workshops such as this.”

He said the expected outcome of the workshop was a document with clear ideas, strategies, and policies on pursuing anti-racism and anti-discrimination agenda and on promoting regional and national integration.

It is also expected to provide a clear work plan or roadmap to actualise the strategies advocated.

Mr Yamoah said the workshop drew inspiration from UNESCO’s, “Routes of the Enslaved Peoples”- Resistance, Liberty, and Heritage project (previously named Slave Route Project) and Ghana’s experience in advancing Africa-African Diasporan relations in significantly reflective and structured ways such as PANAFEST and Emancipation Day Celebrations, the ‘Year of Return’ and ‘Beyond the Return’ initiatives.

He encouraged participants to take advantage of the workshop and come out with vivid ideas on how to create a conducive environment for all.