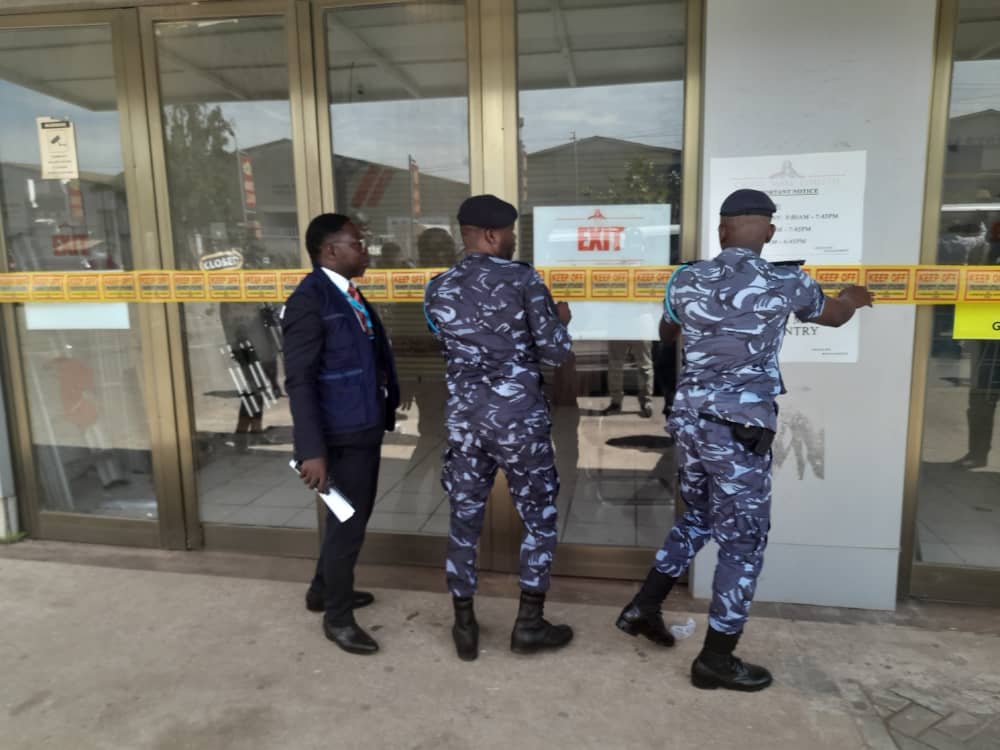 Enforcement Officials of the Ghana Revenue Authority (GRA) has closed four branches of the China Mall Shopping facilities in Accra for non-compliance of the e-invoicing system for Value Added Tax (VAT) introduced by the Authority.

The Authority rolled out the e-invoicing system for VAT collectors from October 1, 2022, to 600 large taxpayers that generate more than 90 per cent of VAT revenue.

Unlike the manual system, the e-invoicing system allows the GRA to monitor live transactions in companies where it has been deployed, thereby making it impossible for taxpayers to either under invoice or avoid the payment of VAT.

When the Officials first visited the Spintex Road Branch of the facility, the Shopping Centre, was not in operation, but GRA said they suspected Management had information about the action.

Others are the Ashaiman and Amasaman branches.

Mr Joseph Annan, Area Enforcement Manager of GRA in charge of Accra Central, told the Ghana News Agency that the Authority had been engaging management of some selected businesses on how to commence the system but most of them had failed to comply.

He said when they got to the premises, the shops were not in operation, so “we only added the Commissioner-General’s Seal.”

He said even though it’s only Seal, any attempt to take it off was an offense against the law and until the right things were done on their part, the place would remain closed.

When the team got to the other shop also along the Spintex Road and the facility’s warehouse, workers were working but had to be stopped for the enforcement exercise for the shop to be sealed off.

He said the Authority had selected some businesses to commence the pilot of the system and this time they would enforce the law to the fullest and all the branches of these businesses would be closed until their various management fix the system.

“We will continue to pursue all who have failed to fix the system until they comply,” he added.

He said a similar exercise would be held in Kumasi on China Mall Shops and other selected businesses.

All the warehouses were closed with the Commissioner-General’s Seal.

The workers, who did not understand why the places were being locked, expressed displeasure in the exercise, while some spoke angrily to the Officers.

The threat of galamsey to Ghana’s gold value addition efforts