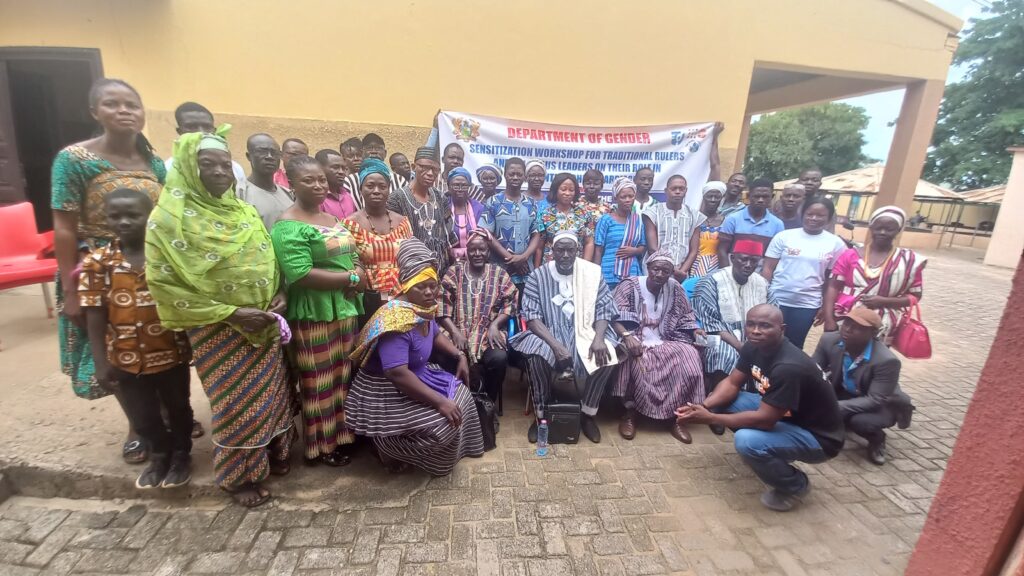 Some traditional and religious leaders in the Upper East Region have called on the government to take steps to synchronise the country’s laws on the ages of consent to sex and marriage.

That, they said, would help fight the menace of rising teenage pregnancy, child marriage and Sexual and Gender Based Violence (SGBV) currently impeding the growth and development of children, especially girls.

They made the call at a forum organised in Bolgatanga by the Upper East Regional Department of Gender under the auspices of the Regional Coordinating Council.

It was part of the implementation of an adolescent sexual and reproductive health project, funded by the United Nations Population Fund (UNFPA), aimed at empowering religious and traditional authorities to fight teenage pregnancy, child marriage and SGBV.

Mr Emmanuel Noeni Tiizee, the Secretary, Local Council of Churches, Talensi District, said the difference created contradiction and made it easy for people to take advantage of vulnerable children without punishment.

He said for the country to make any headway, it was imperative for the Ministry of Gender, Children and Social Protection, to work with Parliament to reconcile the laws to protect children from exploitation and abuse.

“Apart from the disparities creating immorality from the religious point of view, we think that it is one of the major causes of teenage pregnancy and early marriages and it is not helping society.

“So, our take as a Christian group is that the ages should be merged because if the person is not qualified to marry, the person should not engage in sex, so that whoever, sleeps with such a person can be prosecuted for defilement,” he said.

Naba Adendaa Awamyelum III, Chief of Zorkor-Kodorogo Community, said if the two year-interval between the ages was reconciled, it would empower the chiefs to appropriately educate their subjects.

That way, he said, would help punish people who took advantage of girls below the stipulated age as pregnancy curtailed their growth, development, and education.

Mr Abdulai Jaladeen, the Regional Director, Commission on Human Rights and Administrative Justice, said apart from the two ages, which needed to be merged, there was the need for the framers of the Constitution to review the Criminal Code to be more deterrent than its current state.

He said Ghana had developed many policies and laws nationally and signed unto some human rights international conventions, which had the potential to protect children against sexual exploitation and early marriage, however, poor implementation had always been the bane.

He therefore called for collective effort from all stakeholders to ensure that all children lived in a safe environment.

Mr James Twene, the Regional Director, Department of Gender, explained that despite efforts from government and other partners, teenage pregnancy, child marriage and SGBV were still high and threatened the attainment of the Sustainable Development Goals.

He said the project, which had been implemented in the six districts including Bongo, Nabdam, Talensi, Bawku West, Builsa South and Kassena-Nankana West since 2019, was empowering men and boys, parents, and traditional and religious leaders to join the fight to end the menace.