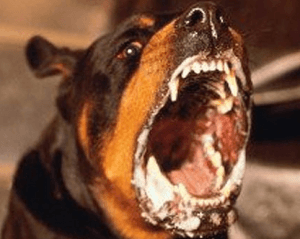 Dr Pecku, who also has oversight duties on Tema West, and Kpone-Katamanso Municipalities said, “children are mostly the ones who go close to pets such as dogs and cats, making them vulnerable to rabies.”

He said this in an interview with the Ghana News Agency in Tema on preparation for the commemoration of the 16th World Rabies Day which falls on September 28, 2022, on the global theme “One Health; Zero Deaths.”

To help prevent incidents such as rabies cases, he said the Metropolitan Veterinary Office had rolled-out series of educational programmes for basic schools in the three districts to sensitize the children on the zoonotic disease and a forum would be held with stakeholders to deliberate on their various roles to eliminate dog-to-human rabies transmission and deaths.

He said the sensitisation forum would touch on the management of disease, how to manage dog bites and vaccination among others and reminded the public that rabies was 100 percent fatal, adding that every nine minutes somebody died from rabies as about 59,000 persons died from the disease annually worldwide.

He added that 99 per cent of all human rabies cases were transmitted by dogs, therefore, the need for dog owners to be responsible and vaccinate their pets against rabies to break the chain of transmission.

He said while the cost of controlling rabies in humans was expensive, it was, however, cheaper to prevent it with the use of vaccines, saying “post-exposure vaccine for those with dog bites can cost about GH¢500.00 on the market, while it will cost you between GH¢20.00 to GH¢25.00 to vaccinate the dog and protect your family and the public.”

He urged dog owners to vaccinate them annually against the contraction of rabies and the potential transmission to humans who stood a chance of dying from it when infected.

On the global theme, Dr Pecku explained that there was the need to collaborate and incorporate the key health stakeholders of animals, humans, and the environment in strategizing toward eradicating such diseases.

The Veterinary Officer said: “We cannot control rabies without controlling the human part; the environment also helps to control the stray animals that can transmit the disease to humans.”

Ghana expresses concern about use of nuclear weapons