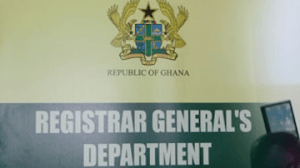 The deadline for compliance with requirements that prevent companies from having auditors who hold office for more than six years has been extended from end of August to December 31, 2022, the Office of the registrar of Companies, has said.

In a statement, the Office said that failure to comply with the rotation of auditors’ directive pursuant to Section 139(11) of the Companies Act, 2019 (Act 992) would result in “the company, and an officer of the company being liable each to pay to the Registrar an administrative penalty of two hundred and fifty penalty units.”

Section 139(11) states that: “An auditor shall hold office for a term of not more than six years and is eligible for appointment after a cooling-off period of not less than six years.”

Exceptions are, however, made for companies formed for special purposes, for example, Banking and Insurance or any other businesses, which are subject to special regulation such as the Securities and Exchange Act, 2016 (Act 929).

“And where Auditor rotation is specifically provided for, all other companies are to comply with the law immediately,” the statement said.

Ulysses from Ghana, a film inspired by Mohamed Ben Abdallah, screened in Paris