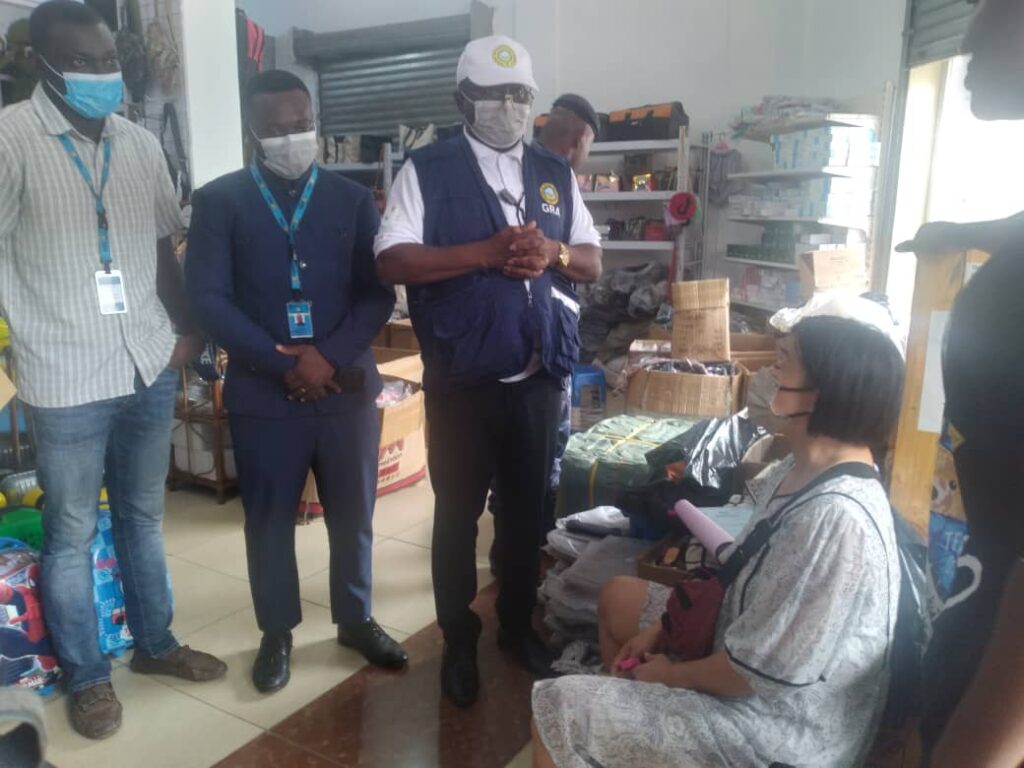 Mr Joseph Annan, Area Enforcement Manager of Ghana Revenue Authority (GRA) in charge of Accra Central, has called on the public to demand the Value Added Tax (VAT) invoice from shop owners when they buy goods.

The GRA expects that all suppliers of taxable items, goods or services, issue VAT invoice as required by law and in the same vein, the customer is required by law to obtain invoice if such transactions attract VAT.

He said it was an infringement on the tax laws, if businesses failed to issue the VAT, when they were registered with the Authority.

Mr Annan made the call during the ongoing tax invigilation exercise being conducted at the Authority in Accra.

He said they have clearly violated regulations of VAT.

On Monday, the team visited Chang Wei Company Limited, dealers of children ‘s toy and accessories, Selina Bags Shop, Zebrex Motors Limited, dealers in engine oil and batteries. Some documents were taken from these shops together with system units, POS, and a laptop computer.

He said the exercise or operations were part of an ongoing nationwide VAT Invigilation exercise by the authority to retrieve some taxes due the State.

The Enforcement Officer said all these shops visited failed to issue the VAT invoice, when the team tested them, hence they were arrested and handed over to the Police for investigation and possible prosecution. 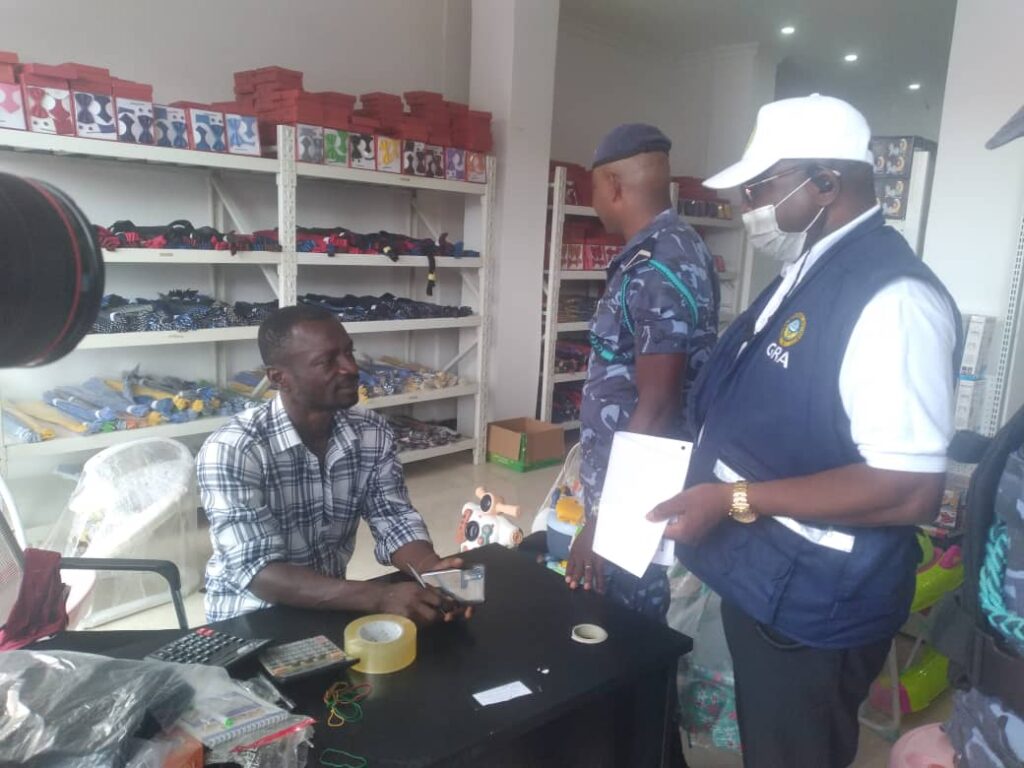 He told the Ghana News Agency that the Authority had a legal Unit that handled prosecution and once the investigations were done, the case would be handed over to the unit to proceed to court.

He said these individuals would be assessed and made to pay immediately when that was done and after that “we will commence a full audit on the companies.”

Mr Annan said if one’s VAT was being under declared, other taxes would also suffer the same.

Of the seven people arrested, Mr Annan said the Police were still investigating and some progress had been made so far, “we are finalizing two of the cases, which will be completed for possible prosecution.”

He said the exercise would continue until some sanity prevailed or was restored in the system.

Mr Annan said the GRA as part of the nationwide invigilation would continue to embark on mystery shopping exercises across the country to apprehend culprits evading tax.