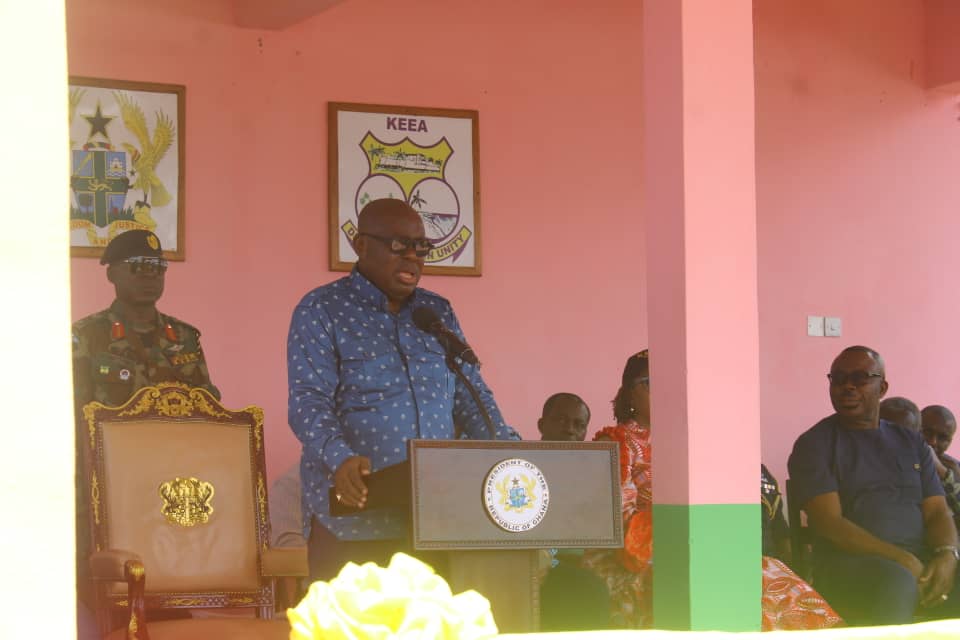 President Nana Addo Dankwa Akufo-Addo has stated that the determination of corruption is by the law courts and not the president.

The work of a president, he said, was to initiate and set in motion the machinery for fighting corruption beyond which the courts and other institutions should be allowed to operate.

It was for that reason that the various institutions set up to fight corruption had seen significant improvement in their resources from what pertained in 2016, to enable them to carry out their duties effectively.

President Akufo-Addo was speaking in an interview with the media at Kasoa in the Central Region as part of his two-day working visit to the region.

He said by the end of 2021, budgetary allocation to Parliament increased by 194 per cent, 162 per cent for the Police Service, while the Audit Service saw an 83 per cent increment.

For the Judiciary, he said it went up 51 per cent, with those of the Office of the Attorney General and CHRAJ going up by 50 per cent and 22 per cent, respectively.

“I think we have seen the benefit of all these increases in the way the institutions are working. So far as that is concerned, I am very clear in my mind that we have made significant progress in the fight against corruption,” he said.

“I admit that resourcing the institutions is not the end to the fight. But if, indeed, you are serious about the fight and the institutions are unable to prosecute the agenda, then what are you doing?” he queried.

Critics of the Government say President Akufo-Addo had “failed to punish” his appointees who had been fingered in various alleged corruption scandals.

The President, refuting the claims, insisted that he had never turned a blind eye to corruption allegations levelled against any of his appointees, and that every serious allegation had been investigated.

President Akufo-Addo cited the case of a former Chief Executive Officer of the Public Procurement Authority, Adjenim Boateng Adjei, who is currently on trial for a corruption-related offence after he (the President) sent him to CHRAJ.

“Allegations against people should not be the end of the matter. There has to be an arbiter to determine the veracity of the case.”

“A lot of the times, people are falsely accused but sometimes the accusations are also true. That is why we have the courts and we don’t let corruption to be decided by a President,” he said.

President Akufo-Addo said corruption in government had reduced significantly following the introduction of a new raft of quality laws including the Witness Protection Act, the Right to Information Act, and the amendment of corruption from being a misdemeanour to a felony to make it a highly risky venture.

He maintained that he was a firm believer of due process and would, therefore, not supervise the hasty prosecution of even former government officials standing trial that would lead to a wrong conclusion.