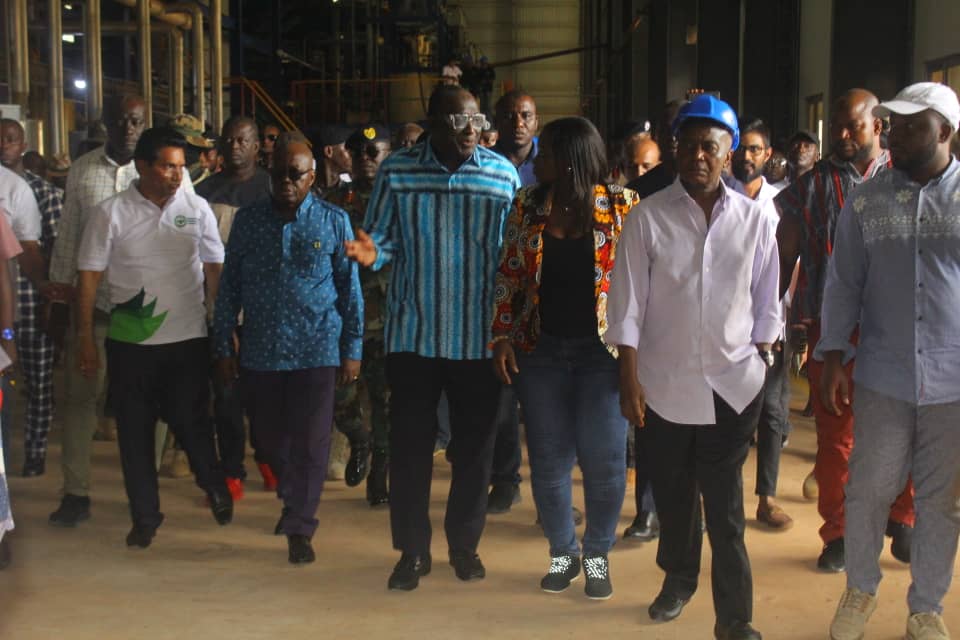 President Nana Addo Dankwa Akufo-Addo has given the assurance that the Komenda Sugar Factory, currently undergoing test run, will be commissioned by the close of the year.

He said this when he paid a courtesy call on the Acting Paramount Chief of Komenda and inspected the factory, as part of his two-day working tour of the Central Region.

The test run, according to officials of the factory, has produced 12.5 metric tonnes of unrefined sugar in barely two months.

The factory, established in 1964, was revamped in 2016 with a $35-million Indian Export-Import (EXIM) Bank loan facility and an additional $24 million to bolster the activities of sugarcane out growers.

Operations of the factory came to a halt owing to a plethora of challenges after being commissioned by former President John Dramani Mahama in May 2016.

The factory began to deteriorate until the Government, in November 2019, signed a partnership agreement with a Ghanaian-Indian company; Park Agrotech Ghana Limited, expected to pump some $28 million into the project to revive it.

Mr Alan Kwadwo Kyeremanten, the Minister of Trade and Industry, in June, this year, told Parliament that repair works and resourcing of the factory was 98 percent complete.

President Akufo-Addo, addressing the chiefs and people of Komenda, reiterated the near completion of the rehabilitation works on the factory, which would be commissioned on his next visit to Komenda.

“Great works are going on. The factory that some people started but could not handle it properly, is being resuscitated. I am hopeful that by the end of the year, I will come for us to commission it in grand style,” he assured.

Nana Kwahin V, the Chief of Komenda, admiring the scope of work done at factory, commended the President and Mr Kyeremanten for committing to their promise of giving life to the facility.

He indicated that when the factory was fully operational, it would change the economic outlook of Komenda and adjacent communities, citing how jobs would be created for the youth.

He noted that works on a landing bay for fishers and the construction of roads in Komenda, a request the people made on the President, were all in progress.

“You have done very well for Komenda and we promise that we will not let you down. May God bless you,” he commended the President.

Nana Kwahin later appealed to him to upgrade Komenda to a district status and separate it from the Komenda-Edina-Eguafo-Abirem Municipality, saying “the area has grown tremendously in numbers.”