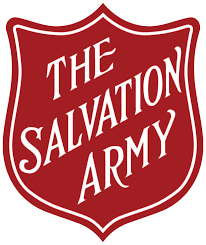 King Hudson Amoako Atta, a native of Agona Duakwa in the Central Region, introduced the Salvation Army to Ghana in 1922 making 2022 as the century year to mark 100 years since its inception in Ghana.

From a humble beginning in Ghana in 1922, the church has grown to reach more than 300 communities across the country.

“Christ our goal – yesterday, today and forever,” will be the theme for the centenary celebration.

What is the Salvation Army?

The Salvation Army, an international movement, is an evangelical part of the universal Christian Church.

Its message is based on the Bible. Its ministry is motivated by the love of God. Its mission is to preach the gospel of Jesus Christ and to meet human needs in His name without discrimination.

The Army’s doctrine follows the mainstream of Christian belief and its articles of faith emphasize God’s saving purposes. Its objects are ‘the advancement of the Christian religion… of education, the relief of poverty, and other charitable objects beneficial to society or the community of mankind.’ (Salvation Army Act, 1980).

The church, founded in 1865 by William Booth, had spread from London, England, to many parts of the world.

The Salvation Army has been established on military grounds. Its system of organisation is unique, and is quite different from other churches, both in Ghana and across the world.

The church is widely known for its all-white uniform with distinguishing marks or emblems and is also noted for giving ranks to its leaders and using terms like that of the military.

For example, in the military, a term like ‘open fire’ means to shoot or fire a gun. But in the Salvation Army, to ‘open a fire’ means establishing a new church. Similarly, ‘fire your cartridge’ in the military means you have been ordered to shoot. But in the Salvation Army, when we say ‘go and fire your cartridge’ it means to go and pay all your financial commitments.

The Salvation Army is a member of the Christian Council of Ghana.

The Salvation Army operations in Ghana

The Salvation Army has contributed a lot to society, through its investment especially in the health and education sectors since its inception in Ghana in 1922. The Army has a Medical and Social Services Department which runs clinics and rehabilitation centres.

This department also gives aid to disaster victims and refugees. In Ghana, the church has built social centres which are giving vocational training to underprivileged people.

Plans are afoot to build a University College. The church also has emergency centres to provide emergency services to people during disasters.

Since the COVID-19 outbreak in Ghana, the Salvation Army has spent one million Ghana Cedis to help fight the spread of the pandemic.

The church launched its Centenary Celebrations in July last year at its Officers’ Training College in Tema. The event was attended by several dignitaries which included Mr Kojo Oppong Nkrumah, Minister of Information, Mr Ebenezer Kojo Kum, Minister of Chieftaincy and Religious Affairs, Madam Mercy Yvonne Debrah-Karikari Amoah, Secretary to the Ghanaian Cabinet, members of the clergy, and traditional rulers.

Mr Oppong Nkrumah, at the launch, praised the church for its work in Ghana, especially its support for the marginalised in society across the world through its social services programmes.

A planning committee set up to oversee the celebration of the anniversary, working together with the national leadership of the Church, has put out week-long activities to mark the 100 years milestone.

These activities, scheduled for August 22-28, 2022, include Music Festival and Drama, a Visit to Agona Duakwa Corps (Mother Corps), Music Competitions and Commissioning of Cadets.

The celebration will climaxed with a Holiness Meeting on Sunday.

The World Leader of the Salvation Army, General Brian Peddle, and his wife, Commissioner Rosalie Peddle, the World President of Women’s Ministries, would join in the celebration at the Mamprobi Salvation Army School Park.

The centenary celebration would attract members and friends of the Army from all occupations, both home and abroad.

The Army exists to meet human needs wherever, whenever, and however, we can. Our presence in all areas of Ghana, and currently expanding to Togo, is part of the church’s global mission of ‘doing the best’.