President launches Office of the Registrar of Companies 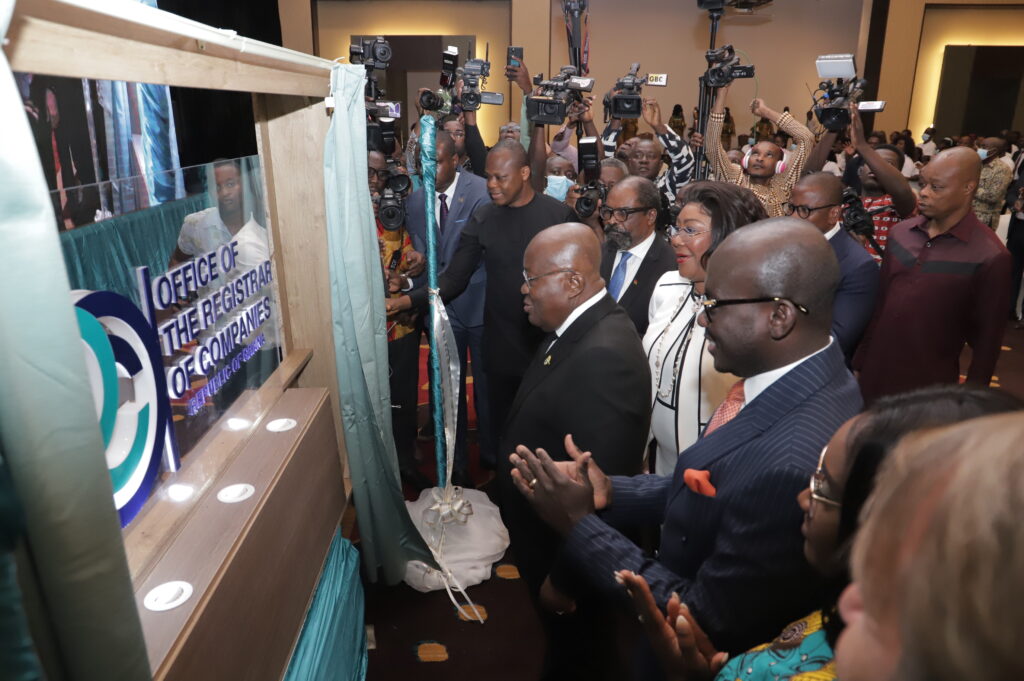 President Nana Addo Dankwa Akufo-Addo Friday launched the newly created Office of the Registrar of Companies (ORC) that would take charge of the administration of the registration of companies and businesses in the country.

The ORC, a statutory entity, contrived from the Registrar-General’s Department, is entrusted with the important function of undertaking the task of company and business registration, and advisory services.

At the launch in Accra, the President said the coming into force of the ORC was a considerable milestone in the anti-graft agenda of government.

He said the ORC would become a veritable partner of government in the fight against corruption.

President Akufo-Addo noted that the creation of shell companies and opaque financial systems that provide the opportunity for business entities to launder and conceal illicit wealth would be curtailed by the coming into being of the ORC.

Additionally, the Ghana Companies Act 2019, Act 992, which birthed the ORC, that stipulates the provision of the particulars of beneficial owners of companies and businesses was a “strong tool to aid in the fight against corruption, money laundering and thus ultimately boost investor confidence in the Ghanaian economy.”

Act 992 seeks to improve corporate governance standards for companies operating in Ghana. The Act draws on the expertise of some developed jurisdictions and includes specifically international best practices from the United Kingdom, New Zealand, South Africa and Mauritius.

The Act separated the Office of the Registrar of companies from the Registrar General’s Department (RGD), taking up solely the duties of company registration and advisory services.

The President however stated that the launch of the ORC did not render the RGD redundant.

“All transactions between members of the public and the Registrar General’s Department remain valid. I urge all and sundry to support the ORC as it strives to offer excellent services and improve the processes of doing business in Ghana,” he said.

The Registrar General’s Department operations will now be limited to the registration of intellectual property rights, marriages under special license and the administration of estates.

The President assured that ORC that the government would provide a befitting office space.

He disclosed that a two-acre parcel of land had been acquired on the premises of the University of Ghana, Legon, for the construction of a new office building for entity.