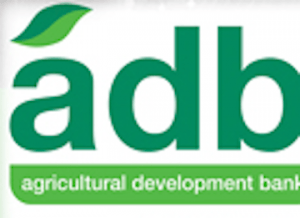 The Agricultural Development Bank (ADB) has presented a cash prize of GhS600,000 to the 2021 National Best Farmer, Alhaji Mashud Muhammed.

The Best Farmer was presented the amount at a short ceremony in Accra, during which Dr Owusu Afriyie Akoto, the Minister of Food and Agriculture, commended farmers for ensuring food security in the country.

The 44-year-old was handed a dummy cheque by Dr Akoto and Dr John Kofi Mensah, the Managing Director of the ADB.

Dr Akoto said 2021 was a good year for the sector in spite of the myriad challenges that confronted the world in terms of shortage of fertilizers and the spike in the price of fuel which drove food prices around the globe.

He said government had shown an unprecedented commitment towards agriculture since it assumed office five years ago.

“We are talking about seed and fertilizer subsidies alone in the five years. Yearly,

around half a billion dollars. That is how much this government has committed in this country under Nana Akufo-Addo.” Dr Akoto said.

Despite this, the Minister said, there continued to be a huge financing gap in the sector, adding that commercial banks had shown little or no interest in the sector which was affecting farmers’ capability to produce more for the country to boost their revenues.

“When it comes to the financial services, I am always very critical of the commercial banks, that, in spite of all what we are doing as a government, Akufo-Addo holding the hands of farmers, supplying them with subsidised seeds, fertilizers, machinery, extension services, the missing link is that the commercial banks have not responded to the new opportunities that planting for food and jobs have created in this country. It saddens me because there should be a partnership between the commercial banks and government,” he said.

Dr Akoto lauded ADB for its unflinching support to the sector over the years and appealed to management of the bank to increase its capital support to farmers to boost productivity.

The Minister, while commending the Best Farmer for the feat, urged him to put to good use the prize money to create more jobs for the people of the Northern Region.

He said, in 2021, the bank approved a total working capital of GHc160million to the National Food Buffer stock Company (NAFCO), to buy excess produce from farmers under the PFG campaign and to support the school feeding programme.

“Within the last four years, the bank has approved a total working capital of GH¢300million to NAFCO to purchase mainly grains,” he said, adding that: “The brand was recently announced as the best financial sector partner for the laudable 1D1F initiative having approved for over GH¢150million to support all the quarter project under the initiative.”

He urged government to ensure that ADB received bulk concessional funding to enable for disbursement to the farmers and fishers.

Mr Muhammed, the best farmer, commended the Ministry and ADB assured that he would invest the prize money into the farm, especially in broiler production to create jobs for the teeming youth in the area.

Mr Muhammed, a native of Mion District of the Northern Region, was adjudged the 2021 Best National Farmer at the 37th National Farmers Day Awards hosted in the Central Regional Capital, Cape Coast in December last year.

The awards ceremony was instituted to reward the nation’s hard working and gallant farmers and fishers for their commendable and meritorious contribution to the nation’s food security.