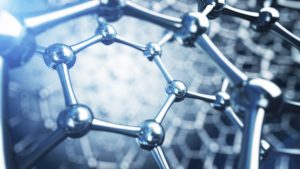 The West African Science Services Centre on Climate Change and Adapted Land Use (WASCAL) has collaborated with two international organisations to promote the deployment of responsible Artificial intelligence (AI) in implementing climate actions in Africa.

The AI hub is intended to build capacity across Africa in a range of climate change aspects, including the collection of data and contributing to climate change policy development and harmonisation.

It would also create and strengthen the inter-disciplinarily collaboration among scientists and institutions.

This would help in fulfilling the Sustainable Development Goal 13 on climate action innovation, which calls on the United Nations member states to take urgent action to combat climate change and its impacts.

The two collaborating entities, RUFORUM, an organisation made up of African universities working to promote agricultural development and the AKADEMIYA2063, established to expand the portfolio of research and capacity-strengthening for agricultural policy making, are partnering WASCAL to implement the Climate Change AI Hub initiative within four years.

At the opening session of a-two-day kick-off workshop of the continental network on responsible artificial intelligence initiatives in Accra, Dr Moumini Savadogo, Executive Director of WASCAL, explained that the project was to develop technologies that would help accelerate the implementation of the National Adaptation Plans and the Nationally Determined Contributions of African countries as well as other climate smart agricultural programmes.

The Climate Change AI Hub, therefore, seeks to advance climate action in Africa through developing and scaling responsible AI innovations for climate action; building the capacity of African innovators and researchers as well as increasing the contribution of African research to international AI policy and practice.

Participants from Ghana, Rwanda, Uganda, Burkina-Faso, and Nigeria, who joined the meeting both virtually and in person, were expected to develop a proposal and action plans towards the implementation of the AI hub in Africa.

Through the workshop, the participants would have a deeper understanding of how to develop AI innovations for climate action; have their capacities built, and facilitate the contribution of African research globally.

Dr Savadogo said, AI was becoming the centre of innovations and it was important that African scientists took advantage of the tool to aid various innovations that could assist in addressing the impact of climate change in the areas of long droughts, weather patterns and other effects of the phenomenon on agriculture production, the main backbone of most African economies.

It is expected that the project would enhance the Scientific knowledge framework to be produced and widely disseminated to policy makers across Africa and internationally for necessary adoption and implementation.

Dr Florence Mayega Nakayiwa, the Executive Secretary of RUFORUM, said the rolling out of the AI hub would also factor gender and youth in the initiative and also break the bias against women.

Therefore, 20 male and female scientists, would be trained in PHDs, while a network of at least 30 researchers and innovators in responsible AI for climate action would be developed and about 40 peer- reviewed publications generated.

Dr Michele Leone, a representative of IDRC, said his institutions and SIDA, deal in research investment and would therefore aid the African implementers of the AI hub to ensure that it was developed and deployed in a responsible, transparent, and accountable manner, ensuring fairness, security and privacy.

Among focus areas of the AI hub project, would be emissions from broad land-use classes and livestock, magnitude, severity and trends hazards in droughts and floods, improvement of climate downscaling tools, climate change impact and best adaptation practices, renewable energy, water resources and biodiversity as well as climate-smart cities development, among others.