The frightening realities of kidney diseases 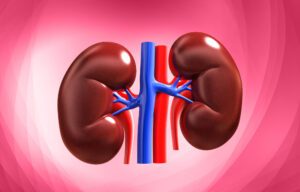 “Health is a crown that the healthy wear, but only the sick can see it,” says Imam Al-Shafi’ee, an Islamic theologian and philosopher.

That crown is visible to kidney disease patients who are faced with the frightening possibility of costly Kidney transplant or dialysis.

Every human being has two kidneys, which are organs that remove waste from the body. Each kidney contains up to a million functioning units called nephrons which filters units of tiny blood vessels called a glomerulus attached to a tubule when blood enters the glomerulus. It is filtered and the remaining of fluid then passes along the tubule.

According to David N Adjei et al, Nephrology (Carlton) research titled “20 year trends in renal disease mortality in Ghana: A review of autopsies” which was conducted in Korle Bu Teaching Hospital (KBTH) in Accra and Komfo Anokye Teaching Hospital (KATH) in Kumasi, indicated that out of a total of 94,309 deaths, 5608 were attributed to renal disease from 1994 to 2009 which was 5 per cent, but doubled from 2010 to 2013 to 10.8 per cent.

The research revealed that the major leading attributable causes of renal disease death include end stage renal disease 45.0 per cent and acute pyelonephritis accounting for 20.9 per cent of the cases.

Dr Mensah Amoah, a Physician Specialist at the Korle Bu Teaching Hospital, in an interview with the Ghana News Agency said Kidney Failure is when the kidney is unable to perform the functions that it normally does.

He said kidney disease was the 6th fastest growing cause of death worldwide and that about 14-17 per ` of Ghanaian had Chronic Kidney Disease (CKD).

Dr Amoah said about 800 Patients in Accra were on dialysis and that Korle Bu Teaching Hospital admits about 400 people with End-Stage Kidney Disease every year, saying mortalities from kidney disease had doubled over the past ten years.

He said there were so many kidney diseases but people were most concerned about the ones that result in kidney failure which meant that the kidney function declined to the point where it was unable to undertake its normal functions and that “this affects an individual’s optimal health.”

“This is as a result of excess water being unable to come out. Some of the symptoms may be due to inability of the kidney to remove waste products from the body. This results in symptoms such as nausea, vomiting and stomach pain, he said.

Dr Amoah added that the kidney also helped the body to produce blood and that when the kidney failed to perform such function, an individual may experience anaemia, weakness, poor appetite, inability to speak well.

“When it gets severe, there is difficulty in breathing because excess water would be retained in the lungs which would affect breathing.

“Severe cases may lead to coma when medical care is not sought. Some symptoms may not show up until it is very late,” he said.

He explained that the normal functioning of the kidney was usually measured above 60 and that when it goes below 15, it means that it was in the last stage or end-stage kidney disease.

He added that there had been an increasing number of referrals to the Korle Bu Teaching Hospital and other Tertiary facilities such as the 37 Military Hospital which also recorded increasing numbers of  chronic kidney diseases.

Dr Amoah said most patients visited the hospital when they are at the last stage where it is difficult to determine the cause of the kidney disease, adding, “Chronic kidney diseases occur when the kidneys have gradually deteriorated over months or years.”

“Majority of chronic kidney failure patients are also occurring in young age groups in Ghana and in most other African countries unlike the Western countries where it occurs often among older age groups between 60 and 70. Some may have had pre-existing high blood pressure which wasn’t managed properly,” stated

He said long standing diabetes (high blood sugar) is another underlying factor which leads to chronic kidney disease. This has increased over the past 30 years by more than 300 times when compared to statistics done in the 1980s.

Dr Amoah said auto immune diseases also contributed to kidney failure. Auto immune diseases come about when the immune system itself can develop a disease process that affects certain organs in the body and could undermine the integrity of the Kidney.

He said other conditions that could cause kidney failure in men in the older age group were prostate enlargement (these have two types: benign and prostate cancer).

Another factor that could lead to kidney disease was drugs as certain medications called NSAIDs (non-steroidal anti-inflammatory drugs) a common example is painkillers (brufen, diclofenac, naproxen, eroxcans) which most people use.

“When these are taken for a long period of time, it can cause kidney diseases. Paracetamol is relatively safe for the kidneys if the right doses are taken,” he explained.

He informed that those who were diagnosed in the late stage would have to do a kidney replacement treatment or dialysis.

“Dialysis removes waste products and excess water and also corrects acid levels which the kidneys are not doing any longer.”

Dr Amoah said aside dialysis, additional medication might be needed to control blood pressure and treat anaemia as well as other medications given to maintain good health.

He explained that people in Ghana usually receive two to three sessions of dialysis which can cost more than GH¢1,000.

He added receiving three sessions a week can cost close to or a little bit over GH¢6,000 which most patients on the average Ghanaian could not afford, resulting in death.

Dr Amoah stated that there were two main types of dialysis: “hemodialysis where blood is passed through a machine to a patient and that there is also the peritoneal dialysis where waste is taken out of the tummy which was not readily available in Ghana.”

He said there were five stages of kidney diseases and that once an individual got to stage five, they were on their way to dialysis.

Dr Amoah said Kidney Transplant was expensive (about $50,000) and even had its own challenges.

In a series of interviews with some patients at the Renal Dialysis Unit of KBTH, the Ghana News Agency was told that most of them had been on dialysis for not less than three years.

Mr Benjamin Brako, aged 33, said that his kidneys completely failed to function normally shortly after he got engaged to his spouse.

According to him, the cause of his predicament remains unascertained despite series of laboratory tests.
As he narrated his plight, he appealed for financial support from the public as well as the government, and suggested that patients on dialysis be enrolled onto the National Health Insurance Scheme to mitigate the cost of treatment.

Mr Paul Opoku, who had also been frequenting the hospital for three years, bemoaned the cost of his treatment and appealed for support.

It is abundantly clear that our lifestyle and other conditions can lead us into this expensive and undesirable medical condition which has claimed many lives and continue to wreak havoc on many.

Let’s not wait to get sick before appreciating the words of Imam Shafi’ee: “Health is a crown that the healthy wear, but only the sick can see it.”