August 21, 2021 Insurance Comments Off on Loans already in default before appointment of new Management – SSNIT

The Social Security and National Insurance Trust (SSNIT) has said as of March 2017, when the current Management was appointed, the corporate loans totalling $300 million, of which $254 million were already in default.

It said it was not accurate to say of the $300 million issued as corporate loans, $254 million has gone bad.

A statement issued in Accra by the Trust said the Trust adopted the International Financial Reporting Standard (IFRS) 9 for the 2018 accounting period and beyond.

The Trust was reacting to a comment on the Twitter handle of Mr Bright Simons on the SSNIT 2018 Annual Report which said the Trust “has issued corporate loans totalling $300 million, of which an amazing $254 million has gone bad.”

It said the IFRS 9 required the provision of impairment losses even before the credit was granted thereby the term Expected Credit Losses (ECL).

“These provisions for impairment do not necessarily mean the loans have gone bad or are not recoverable,” it said.

The statement said even though the provision for impairment or ECL Could be misconstrued to represent actual losses, it was required to ensure the Trust acts speedily to recover all loans.

It said this was echoed by the Auditor-General on page 44 of the 2018 SSNIT Annual Report which was the subject of discussion, where the Trust adopted the IFRS 9 for accounting periods beginning on or after January 1, 2018.

It said this was a new and complex accounting standard that has required considerable judgement and interpretation in its implementation.

“We consider this transition and the required disclosure to be a key audit matter because new models have been developed by the Trust with its external consultant to calculate IFRS 9 impairment losses and judgement is required in many significant areas, in particular around the calculation of Expected Credit Losses,” it said.

The statement said the comment above, supported the assertion that the impairment as stated in the 2018 Annual Report were mere provisions that were in line with accounting practices and not actual occurrence of losses that were not recoverable.

That, based on the 2018 Annual Report referred to, and considering all the impairment allowances made, some of the loans are performing well without any indications of falling into default and others are in a moratorium.

It said the current Management of the Trust has taken steps to restructure non-performing loans and made some significant recoveries post the 2018 accounting year as follows including payments totaling GH¢200, 000,000 over the period December 11, 2018 – November 14, 2020, by Cenit Investment Limited through five semi-annual tranches of GH¢40, 000,000 have been made, following a swap of part of its receivables from ECG with ESLA bonds.

It said the loan has been restructured, allowing the company to transfer its ESLA Bond holding with a settlement value of GH¢508,862,465.61 to SSNIT on November 19, 2020, to extinguish part of the debt.

The statement said a revised repayment plan was being finalized for the servicing of the restructured loan. This loan was given from September 2011 to May 2013 and a payment of GH¢20 million by GETFund in July 2021 after Management had resolved the disagreement with the GETFund.

The facility is currently performing and the loan was granted in 2013.

It said $1,301,000 plus interest has been recovered from FOS Aluminium Company Limited, therefore, the company was no longer indebted to SSNIT, meanwhile, the loan was granted in December 2002 and July 2003.

Management continues to dialogue with the Road Fund and both the Ministries of Finance and Roads and Highways to recover the amount outstanding on this facility.

It said an asset swap has been agreed between SSNIT and RSS to swap the completed properties and land for debt to reduce the exposure and this loan was given from April 2011 to February 2015.

SSNIT, as the majority shareholder in Aluworks Limited, has initiated discussions for a strategic investor and this is ongoing with the loan granted in May 2012.

The statement said though it was not due for payment, provision for impairment has been made and the loan was given from April to November 2015.

That, from the foregoing, it is obvious that the provision for the impairment does not mean the loans are not recoverable as is being suggested, notwithstanding, some of the loans are being restructured to ensure SSNIT receives the maximum expected returns.

It said in addition to these, the current Management of the Trust has developed new investment guidelines since 2017 to help ensure that funds were put into viable investments and reduce provisions for impairment among others.

Management assured workers that their funds are safe and will ensure prudent investments to generate enough revenue to continue paying monthly pensions.

Why are insurance policies impossible to read? 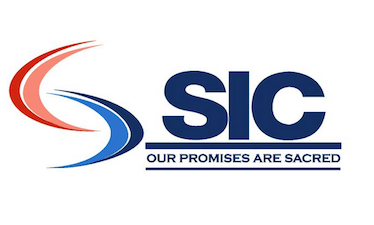