Teenage pregnancy is another pandemic – UNFPA

May 26, 2021 General News Comments Off on Teenage pregnancy is another pandemic – UNFPA 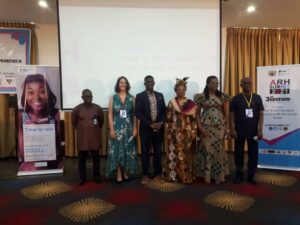 He made this known at the Third Adolescent Reproductive Health (ARH) Summit which opened in Accra on Tuesday on the theme: “Road to SDGs: Advancing Priorities in ARH for the Next Decade”.

Mr Ojuolape, who is also the Chairperson of the UN Youth Group called for urgent actions, prioritisation, and increased funding for Adolescent Reproductive Health (ARH) services, saying the world would be sitting on a time bomb waiting to explode if it failed to act now.

Apart from the negative health implications of teenage pregnancy, these girls, he says were confronted with physical and emotional challenges such as societal stigma, school dropout or delayed completion of their education.

They may face health implications leading to poor maternal and child health and deaths, many contracts Sexually Transmitted Infections (STIs) including HIV, and protracted the vicious cycle of poverty, especially among women, he said.

Studies had shown that the COVID-19 pandemic, had aggravated the economic plight of most underprivileged families, causing parents to desert their homes and children in search of funding, thereby creating a gap in supporting their adolescent children and exposing them to various forms of abuse.

He said it also came to light that most teenage pregnancies were as a result of incest and called on the government to institute drastic measures against the perpetrators.

Once the girl had not attained the acceptable ages of consent for sexual intercourse or marriage as permitted by the laws of the country, any such engagement with them was considered as rape and the prescribed punishment should be applied to offenders without compassion to curb the menace.

The two-day Summit, being organised by the National Population Council (NPC), Ghana Health Service, and development partners, he says would engage participants on key Adolescent Sexual and Reproductive Health and Rights (ASRHR) issues amidst the COVID-19 pandemic.

He noted that giving ASRHR the deserved priority on the national agenda was very critical for the achievement of Universal Health Coverage (UHC) and the UN Sustainable Development Goal (SDGs) targets, because it was the foundation for good health for women and children, thereby impacting all aspects of development.

Dr Leticia Appiah, Executive Director of the NPC, said reproductive health, family planning, and education combined, was a social vaccine against poverty, saying without focusing on these, it would be difficult to solve the existing problems, leaving societies caught up in a cycle of poverty.

According to her, the summit would provide an understanding of reasons why ASRHR had not attracted the needed national and political attention; advance advocacy for reproductive health education and services for young people, and provide a platform for partners to share knowledge and lessons on the implementation of ASRHR across the country.

It would also promote young peoples’ idea and innovations in advocacy and programming for this area and explore sustainable funding for ASRHR and consider cost-benefit analysis, she said.

She called for collective action to achieve these objectives and to maintain the life course approach towards individual well-being and national development where reproductive health was well situated.

She said countries including Ghana, within a year of the COVID-19 pandemic, chose to agree on the WHO hygiene, mask-wearing, social distancing directives among other inexpensive interventions, and now vaccine administration, while taking steps to develop health infrastructure across the globe.

She however questioned whether the world had “intentionally chosen to focus more on the less expensive option, where programmes and policies supported the behaviour of adolescents to make right choices for a healthy population for socio-economic development?”

“Are we going to look on and allow our teens to get pregnant and we train more midwives and doctors to support their antenatal and post-natal care, train more paediatricians to care for their preterm babies and malnourished children, build more schools to accommodate them and their children or keep them on social welfare?”She asked.

Dr Appiah said countries that were focusing on reducing teenage pregnancies and unmet needs for family planning had chosen the first path while keeping an eye on the other option.

The Summit would discuss innovative and compelling ways to support duty-bearers to reduce funding and mindsets keeping the country on the more expensive path.

“We need to identify, confront and break barriers to the mindset that is keeping us on the unsustainable path because the economic, social, and healthcare burdens are enormous.” Dr Appiah said.