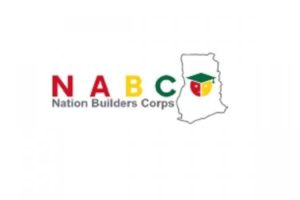 Mr Seth Cudjoe, the Sunyani Municipal Coordinator of the Nation Builders Corps (NABCO) has announced that Government will collaborate with its Model Implementing Partners (MIPs) to absorb all trainees on the NABCO programme for permanent jobs.

He told the Ghana News Agency (GNA) in Sunyani that the MIPs would select only hardworking and competent trainees for permanent employment at their various institutions and organizations they were attached to during their three years capacity building training.

He expressed worry that some of the NABCO trainees refused to fill the career pathway online registration.

Mr Cudjoe said about 30 trainees in the Municipality who failed to do the online registration upon several prompts by the system were of indication that they have been self-exited from NABCO.

The coordinator advised trainees to work assiduously at their various workplaces and wait on the government for further actions to be taken for their permanent employment.

Registrar-General to strike out names of dormant companies