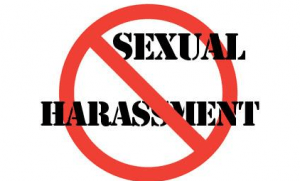 Amnesty International Ghana is collaborating with authorities of the various universities in Ghana to roll out a programme aimed at tackling issues of sexual and gender-based violence (SGBV) on campuses.

The project dubbed “Ending Sexual and Gender Based violence on all University Campuses in Ghana” is being undertaken with strong support from Amnesty International Denmark with funding from the Civil Society in Development of Denmark (CISU).

The overall goal is to contribute to the reduction of sexual violence against youth and especially, girls at the universities in Ghana through capacity building, awareness creation among civil society organizations, and joint campaign in support of policy change, based on human rights approaches and principles.

Again, the intervention is expected to advance popular participation, volunteerism and support active CSOs and student bodies in taking action against sexual violence.

Mr Samuel Komla Agbotsey, Campaigns and Fundraising Co-ordinator, of Amnesty International Ghana, at a capacity building and launch of the project at Akyawkrom in the Ejisu Municipality of Ashanti, said Amnesty International wanted to ensure that efforts of actors in ending SGBV on university campuses would be safe and serene for excellent academic work.

The project has the potential of expanding for a period of three to five years.

The first phase of the project began in January this year and it is expected to end in June 2021.

It will focus on relationship and capacity building among CSOs, student representative councils, university authorities, state institutions among others in addressing sexual violence on the campuses.

Other state actors on the project are the Ministry of Education, Ministry of Gender, Children and Social Protection (MoGCSP), Commission on Human Rights and Administrative Justice (CHRAJ) and the Domestic Violence and Victim Support Unit (DOVVSU) of the Ghana Police Service among others.

Mr Agbotsey said there was existing literature on gender-based violence on the various university campuses and there was the urgent need to take up the project in curbing the menace.

Madam Latifa Abobo Siddique, Principal Programme Officer, Domestic Violence Secretariat of the MoGCSP, applauded Amnesty International Ghana for introducing the project and was optimistic it was going to create awareness, and urge students to come out and report violence.

She said the Ministry would work closely with Amnesty International to ensure that justice prevailed on campuses for student victims.