March 17, 2021 Africa/International Comments Off on Nepal welcomes first group of Everest climbers since 2019 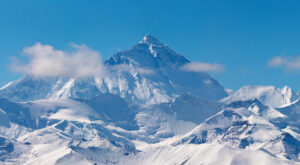 A team of climbers belonging to Bahrain’s Royal Guard have arrived in Nepal for the spring expedition of Mount Everest, authorities said on Tuesday.

No climber has climbed Mount Everest from the Nepal side since 2019 due to the COVID-19 outbreak.

They are currently in a week-long quarantine required for tourists entering Nepal.

The climbers, who climbed Mount Lobuche (6,119 metres) and Mount Manaslu (8,163 metres) last year, will remain in Nepal for 80 days attempting ascent of the world’s highest peak, according to Nepal’s embassy in Bahrain.

The expedition is being organized by Bahrain’s Royal Guard and one of the members of the team belongs to Bahrain’s royal family, the embassy said in a statement.

It has been estimated that more than 300 climbers are expected to return to Everest in order to scale the 8,848.86-metre peak this spring season beginning March, according to Mira Acharya, director of Nepal’s Department of Tourism.

“Our survey has shown that around 300 climbers might be interested in reaching the summit of Mount Everest this season. But the exact figure would be known only after issuing the permits,” Acharya said.